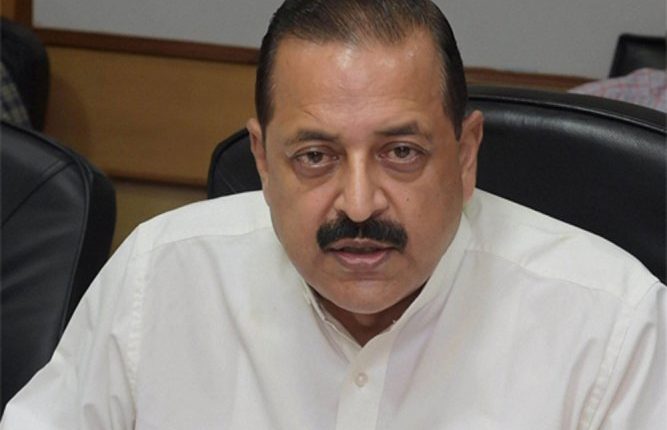 (PTI) Union minister Jitendra Singh on Saturday said the two new Union territories — Jammu and Kashmir, and Ladakh — which will come into existence next week, will get equitable benefits, cutting across all sections of the society and regions without any bias.

He said over the last seven decades, a constant grievance across the state was that certain regions and sections of people were feeling discriminated against.

While Jammu always complained about the lion’s share going to the Kashmir valley, Ladakh too felt neglected, the minister said.

“As a Union Territory, Jammu and Kashmir will get equitable benefits after October 31, cutting across all sections of the society and regions, regardless of any extraneous considerations. The same would also apply to the Union Territory of Ladakh,” he told reporters here, ahead of the formal bifurcation of the state.

The Centre had, on August 5, announced abrogation of the special status given to Jammu and Kashmir under Article 370 of the Constitution and bifurcation of the state into Union territories, which will come into being on October 31.

Singh, who hails from Jammu and Kashmir, said even in the Kashmir valley, while “certain families made a quick fortune overnight without any known sources of proportionate income”, the common man suffered in silence and was caught between terrorism on one hand and “state indifference” on the other.

The Union Minister for the Prime Minister’s Office (PMO) said since the UT of Jammu and Kashmir will come directly under the control of the Union Home Ministry, there will not only be an equal distribution of government resources, but also accountability for the same.

He said one of the greatest misfortunes of Jammu and Kashmir was the lack of transparency in governance and this too would gradually change for the better.

“The needless interference in the maintenance of law and order and the role of the vested interests would also gradually recede,” he said.

The most important benefit, Singh said, would be the change in the psychological attitude and mindset of the people of the region, with a greater degree of self- confidence and sense of belonging as citizens of India.

The benefits in terms of new breakthrough in higher education, professional colleges, industry and self-livelihood opportunities were going to gradually unfold with the passage of time and their ultimate magnitude was perhaps too difficult to imagine right now, he added.

At the social level, particularly for women, the “medieval legacy” would end with the introduction of progressive laws such as those banning triple talaq, child marriage and dowry, in addition to the right to parental property, which already stood restored after the abrogation of Article 370, the minister said.