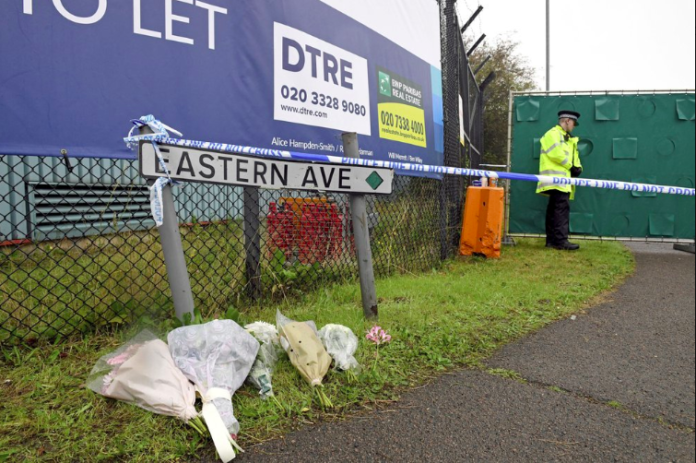 BEIJING (AP) — Weeks prior to the discovery in England of the bodies of 39 people believed to be from China, Beijing was holding lavish National Day celebrations congratulating itself on its rise from an impoverished Asian giant to the world’s second largest economy.

The tragedy lays bare some crucial but sometimes overlooked facts about China’s development as it revels in its new-found status as a global power that has elevated hundreds of millions of its citizens to the middle classes.

Despite the flashy wealth of metropolises such as Beijing and Shanghai, much of China remains relatively poor and economic growth has created vast wealth disparities, especially between cities and the rural hinterland.

The income gap has fueled the desire among many to seek a better life abroad — some out of choice, others coerced or manipulated into undertaking a hazardous journey. Though illegal migration appears to have fallen with improved ease of obtaining passports and visas, it remains the best — or only — option for some.

China’s government says it has yet to confirm that the bodies found are those of its citizens, as reported by British police. Most Chinese migrants come from the country’s southeast, specifically a handful of counties in the coastal province of Fujian that have a long history of sending people abroad to work in restaurants, factories and agriculture.

On Friday, Foreign Ministry spokeswoman Hua Chunying called for redoubled cooperation to combat human smuggling and said Chinese diplomats were in close contact with police in Britain and Belgium, from where the shipping container was transported to England.

“I think the international community should further strengthen cooperation in this area, strengthen sharing of information and intelligence in this regard, and conduct early intervention in these activities so as to prevent such tragedies from happening again in the future,” she said.

The issue is a difficult one to confront for China’s ruling Communist Party, which is intensely sensitive about the country’s international image and has staked much of its legitimacy on improving living standards for the bulk of the 1.4 billion people.

In an editorial Friday, the party newspaper Global Times sought to lay blame elsewhere, saying European governments hadn’t done enough to crack down on such crimes and the networks that profit from them.

“Such a serious humanitarian disaster occurred under the eyes of the British and Europeans,” the paper said. “Britain and the related European countries have not met their responsibility for protecting these people from dying in such a manner.”

The timing of the incident is particularly awkward for the party, which under its authoritarian leader Xi Jinping made rich use of the occasion of the 70th anniversary of the founding of the People’s Republic on Oct. 1 to highlight economic improvements it says have lifted hundreds of millions out of poverty since the launch of economic reforms in 1978.

A massive Oct. 1 parade through the heart of Beijing featured advanced weaponry such as intercontinental ballistic missiles and hyper-glide vehicles that can reportedly travel more than five times the speed of sound. That underscored China’s vast spending on its military that has given the country the world’s second-largest defense budget after the United States.

Recent years have also seen increased social spending to extend health care and higher education beyond the urban elites. China says it has reduced the number of those living below the poverty line from 770 million in 1978 to around 15 million, while almost half of young Chinese go on to higher education.

Yet millions of Chinese still work in factories far from home and are forced by internal residency rules to leave their children behind. Hourly wages have risen but remain low by Western standards, just a few hundred dollars a month depending on the region.

While an aging population and the move to higher technology industries is boosting demand for workers, those without the skills to compete for more demanding jobs often find themselves shut out of the labor market.

China’s appetite for labor should eliminate the need for illegal migration, and human smuggling has fallen of “drastically” in recent years, said Chu Yin, professor at Department of Public Administration of Renmin University. Still, some are drawn by the possibility of striking it rich abroad, said Chu.

“We often say if you are middle class, you will have more opportunities in cities such as Beijing, but if you are from a lower class, you can earn more money in European and North American countries,” said Chu.

A “cultural habit of smuggling” has also formed among some, he said, and “people envy those who have made big money abroad and that will make more people want to follow suit.”

Another Renmin professor, Wang Yiwei, said the case may be more about the opportunities afforded to sneak into England amid uncertainty over its withdrawal from the European Union.

Recent years have seen a massive increase in the numbers of Chinese citizens traveling abroad for work, study or tourism as it becomes easier to obtain travel documents.

At the same time, people smuggling networks have grown much more sophisticated from the days when would-be migrants often traveled in the holds of rusty freighters.

Migrants will often now travel first to a third country before moving on to their final destinations in North America or Europe.

Even so, this week’s tragedy harkens back to previous deaths of Chinese migrants, mainly from Fujian, including 58 people who suffocated in a truck in Dover, England, in 2000, after a perilous, months-long journey from Fujian.

In February 2004, 21 Chinese migrants — also from Fujian — who were working as cockle-pickers in Britain drowned when they were caught by rushing tides in Morecambe Bay in northwest England.