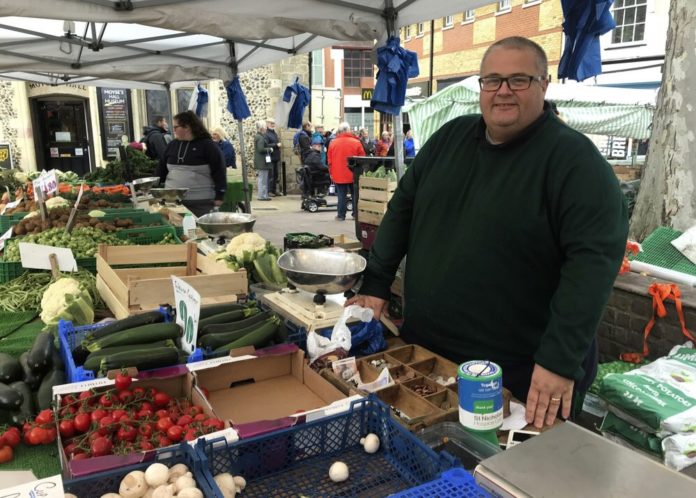 A few days before Halloween, residents of this historic British market town fanned out into the local pumpkin patch to scoop up centerpieces for the spooky festival. But this year the mood was gloomy, if not desperate.

That’s because so much uncertainty remains about Britain’s long delayed plans to leave the European Union. A deadline set for Oct. 31 was extended Monday by EU leaders, but British Prime Minister Boris Johnson is still struggling to get lawmakers to pass his EU divorce deal, or to approve his plea for a national election.

“It’s going on far too long, everybody just wants a final decision,” said market trader Tony Wilson, adding that people in Bury St. Edmunds feel cheated regardless of whether they voted for leave or remain. “Whatever side of the fence you sit on now, everybody’s in the same boat now. They’ve just had enough. They just want a final thing.”

After three and half years of arguments since Britain voted to leave the EU, people like Wilson are tired. Residents of this town in eastern England, where 54% voted to leave, appear to have one common goal: to get Brexit completed.

“We’re all kind of feeling the pinch in our pocket but nothing has happened politically. I think it is a complete mess,” said Darren Old from Great Barton, a nearby village. While he voted to remain in the EU, he believes most market traders just want to get Brexit done.

But people also worry about the consequences of leaving without a deal, an outcome economists warn could have devastating consequences for the country because of the sudden restrictions on trade and reduced investment.

Jeanette Brown, who’s been living in Bury St. Edmunds for 10 years and co-runs a small software business, wants a deal rather than an exit without one.

“This ‘Get Brexit done’ seems as though people want to do it at any cost,” the 45-year-old warned.

Like many leave voters, pumpkin farmer Andrew Long just wants the country to stand on its own two feet.

“I’m a farmer, and there’s a lot of European politics involved in farming, and we would like definitely to have certainty, and that’s why I am really upset that we are not going to be leaving on the 31st,” Long said.

He’s hoping for an early election to break the deadlock in Parliament and get a deal agreed.

“Let’s go for the election as soon as possible. Let’s sort this out before Christmas,” Long said. “We can’t go on for three months, four months, six months or 12 months, because it’s devastating for everybody and business, and family lives. People want to know what they are going to do.”