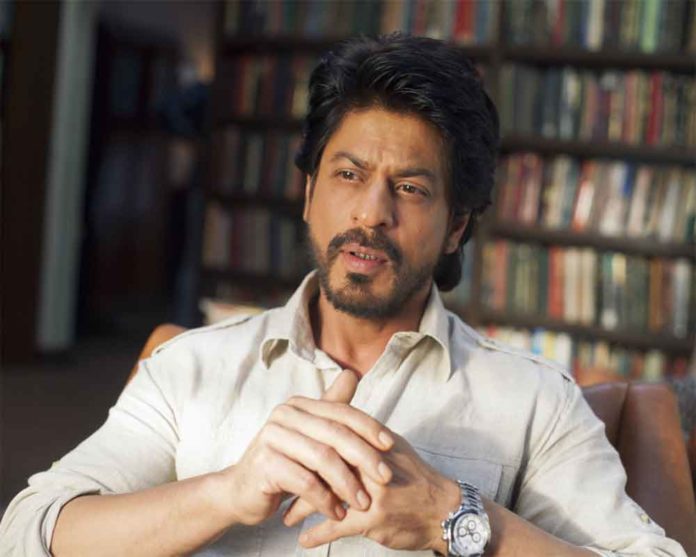 (PTI) Shah Rukh Khan has always counted his blessings and the Bollywood superstar urged people to have faith in the power of dreams, just as he did.

The 53-year-old Delhi-born actor was all nostalgic in his city. He was here for the closing ceremony of the city’s iconic cinema complex, PVR Anupam. India’s first multiplex, PVR Anupam closed for renovation on Thursday.

“Some of the things that you don’t think about will happen to you and they are the best things of life. You just don’t know it yet. I don’t want to show off but I’m genuinely a dream come true.

“I’m a lower-middle-class boy without his parents bound to the city of glamour and become a movie star. The world has showered me with their love. This happens in only dreams but I never thought of it. I haven’t believed it, I am still that Delhi boy,” Shah Rukh said.

The actor said he never thinks of himself as a star in Delhi but sometimes has to behave like one.

“It bores me to be a star that way. I love my job and promise to everybody that as Ajay Bijli and Sanjeev Kumar Bijli keep on making cinema theatres, I’ll keep on making movies to fill them,” he added.

The actor said it was his life’s dream to own a theatre in a five-star hotel.

“This was the business I wanted to do, I didn’t think I’ll become a movie actor,” he said.

Asked when was the first time he saw himself on the big screen, Shah Rukh said it was the rushes of 1992 film “Raju Ban Gaya Gentleman”, directed by Aziz Mirza, at Mumbai’s legendary RK Studios.

“I found myself so ugly. I had such bad hair. I was doing such bad acting in front of Nana Patekar, Amrita Singh, and Juhi Chawla. I took the late 4.15 am flight ticket that our producers used to get for us at 25 percent off and went to the airport, thinking I can’t work in films.

“Aziz and Juhi convinced me that it’s not that bad. The final cut would be better. Just like Ajay Bijli lied and got ‘Yes Boss’ to play at this theatre, those two lied to me. I never looked better, I looked just the same,” he recalled.

The actor said he used to stand outside PVR Anupam hoping to manage a ticket.

“I used to roam around on the roads as guys do… My wife Gauri used to live here in Panchsheel. I have roamed around this place a lot to impress her. When I had to really woo her, I borrowed my uncle’s Vespa (scooter).”

Shah Rukh said he is fortunate to be so loved, especially by the people of the city.

“I remember initially one of the big things for me was ‘Main Dilliwala hoon, Dilwale hoon’ (‘I am a Delhiite, I have a big heart). Even today whoever meets me, it’s still the same.

“My team asks me, ‘You know him?’ I say ‘I don’t but I’m related to him 100 percent somehow’. Because everybody treats me like their own,” he said.

The festival of Diwali begins Friday and the actor said he is in the city to enjoy some family time, but will be rushing back soon as the culture of Mumbai’s Diwali parties is an important part of his life.

“I’ve got my little son (AbRam) here. I feel the way Dussehra, Diwali, and Holi are celebrated in Delhi, they aren’t celebrated anywhere else. Or maybe it’s because I feel that way.”

Shah Rukh said he feels the most nostalgic when he visits his late parents’ resting place.

“Whenever I sit in a plane from Mumbai to come to Delhi, I have one thought in my heart that my mom and dad are here. I visit them in their graveyard late at night. When they say I’ve become a Mumbai person, I don’t know how to express it… But as much as I can leave Delhi, Delhi can’t leave me because my parents are here. The biggest memory for me is here,” he said.

“Sometimes when I give it a miss or become lazy, I pray from afar because parents will understand. Going and seeing them whenever I come here is the most nostalgic (feeling) for me,” he added.