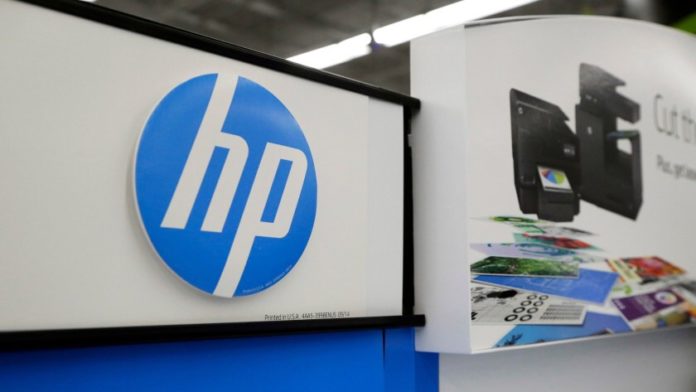 HP Inc. will slash as much as 16% of its workforce as part of a broad restructuring meant to cut costs and boost sales growth as the company experiences its first change in top leadership in four years.

The personal computer giant said it will cut 7,000 to 9,000 positions through layoffs and voluntary early retirement. The job reductions will help save about $1 billion by the end of fiscal 2022, the Palo Alto company said Thursday in a statement. HP had 55,000 employees as of a year ago, the last time it disclosed the size of its workforce.

HP also announced it expects profit, excluding restructuring costs and other items, to be $2.22 to $2.32 a share in fiscal 2020. Analysts, on average, estimated $2.23 a share, according to data compiled by Bloomberg.

The company released the projections as it faces a number of uncertainties. Dion Weisler, the chief executive who has shepherded the company since its 2015 split with Hewlett Packard Enterprise Co., is stepping down Nov. 1 for family health reasons. The incoming CEO, Enrique Lores, is a longtime HP executive. The company’s printing business, a major source of profit, has seen falling sales and recently was dubbed a “melting ice cube” by analysts at Sanford C. Bernstein. And an activist investor may be building a stake in the company, a Gordon Haskett analyst speculated Wednesday.

“We see ourselves starting a new chapter for HP, and we will be announcing bold moves to support that statement,” Lores said in an interview. “We have spent a lot of time building this plan. We can embrace the changes we see happening in the market, and that can help us position the company for the future.”

HP’s reorganization will cost $1 billion, resulting in charges of $100 million in the fiscal fourth quarter, $500 million in fiscal 2020 and the rest split between fiscal 2021 and 2022, the company said.

When it comes to job cuts, “the bulk of the savings will be in corporate functions, back-office support, and feet-on-the-street salespeople,” Chief Financial Officer Steve Fieler said in an interview.

HP’s board boosted the company’s share repurchasing plan by an additional $5 billion. The company had $1.7 billion remaining on its existing plan. HP said it will also boost its stock dividend by 10%. The company’s shares have slid 10% this year, closing at $18.40 on Thursday.

The company said it expects at least $3 billion of free cash flow in fiscal 2020 and will return 75% or more of that money to investors.

Along with financial metrics, the company said it would make changes to its printing unit to focus on providing more services. HP will raise prices for printers that can be used with non-HP ink cartridges so the hardware is more profitable. Currently, printers are sold cheaply and the unit’s operating profit margin is padded by the ink supplies. HP will offer some lower-priced printers but employ new technologies to ensure they are compatible only with HP ink.

HP will also start selling the underlying technology of its ink jet printing, known as microfluidics, to the healthcare and cosmetics industries, among others.

“We are really confident about the future of the company,” Lores said.