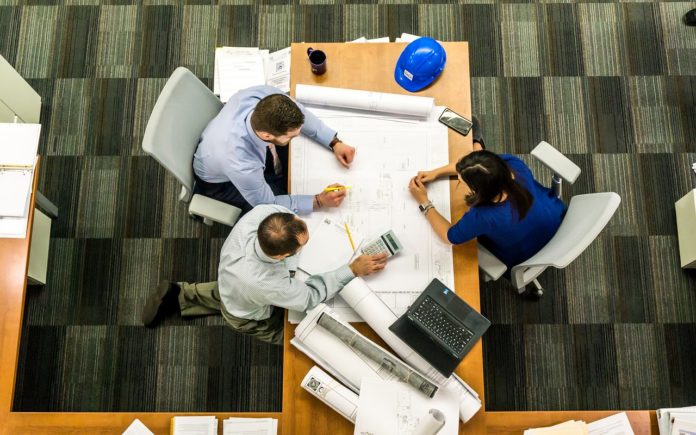 The Team As the Basic Workplace Unit

Organizations are comprised of individuals. We spend lots of time and money trying to get those individuals to perform well. That’s desirable. But there’s another perspective. Each individual can perform well. But if they can’t work effectively with each other, your business will suffer. The basic human performance unit of the workplace isn’t the individual. It’s the team. You don’t have to build teams. You have to develop those which already exist.

What A Team Is At Work

In the workplace a team is characterized by three simple characteristics.

When I use the word “team” that’s what I mean.

Unfortunately the use of the word “team” has been devalued in the workplace in recent years. Some managers and consultants use the word to describe any old work group, whether or not the members are genuinely interdependent. It’s as if by saying “team” you create “teamwork”. There’s a lot more involved than trendy work play.

Take care. Merely because we call a work group a team, e.g. “sales team”, doesn’t mean it’s effective. It may not even be accurate. The so called “sales team” includes support staff. But some salespeople don’t treat support staff as equals.

Clearly defined corporate goals are essential if you want your company to be successful. They’re also necessary so that you can set effective team goals. Individual goals flow from team goals. But it’s not enough to have sound corporate goals. You must convey them, very clearly, to both your teams and the individual members. You cannot expect either individuals or teams to drive themselves down a road that has neither a clear destination or signposts.

Effective team performance demands new mindsets. Managers need to recognize the importance of teams in achieving corporate goals and in developing competent performance among members. Reward systems may need review to reflect team performance. Individuals need to understand that being a “star” performer isn’t as important as being an effective contributor to a “star team.”

Work isn’t a “love in”. Unfortunately many attempts to develop “teamwork” are concerned with building better interpersonal relationships between team members. I’ve experienced many examples where close interpersonal bonds interfered with effective team performance. In these cases, individuals were not willing to risk upsetting a personal relationship for the good of the overall team. When individuals commit to team goals they’ll find ways to minimize their differences. And all members, even those who don’t “get on well” will experience the satisfaction of achieving the goals.

Start developing your workplace teams by identifying them clearly. Remember multiple membership too. Set goals and performance standards for your teams. Develop systems that enhance performance both within teams and between teams. And review your rewards and incentives to ensure they include team performance. But if you don’t have clearly defined corporate goals, sort them out first.