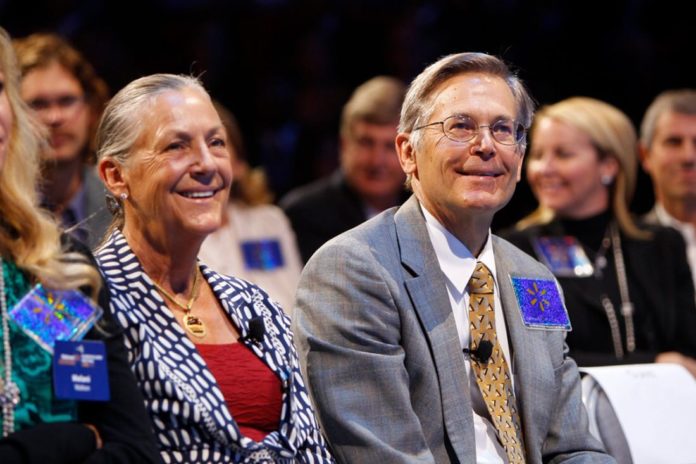 Meet the Walton family. They’re just like any other working Americans running a family business, except for the part where they earn US$100 million every single day.

Sam Walton founded Walmart, a multinational retail corporation, in 1962 and his heirs have since helped transform it into a multi-billion revenue-churning machine.

The family are among the wealthiest dynasties in the world, earning US$70,000 per minute and US$4 million every hour, according to Bloomberg.

“At that rate, their wealth would’ve expanded about US$23,000 since you began reading this,” the website explains. “A new Walmart associate in the US would’ve made about six cents in that time, on the way to an US$11 hourly minimum.”

The world’s largest retailer by revenue began its success story when Sam Walton bought his first store in 1945.

The Walmart founder grew up during the Great Depression on his family’s farm in the early 20th century and did small chores from milking the family cow to delivering the local newspaper to help make ends meet.

Sam Walton’s hard-working upbringing combined with time spent as captain with the US Army Intelligence Corps led him to buying his first store – a Ben Franklin variety store – at 26 and eventually establishing the American empire.

The businessman pioneered sales concepts that proved crucial to his success including better prices than his competitors and constantly stocked shelves with a variety of products. From there, the first official Walmart store (called Wal-Mart Discount City) opened with a focus on supplying American-made products at a low price.

The success has continued to soar. Since June 2018, the Walton fortune ballooned by US$39 billion, taking the family’s wealth to US$191 billion. Currently, there are more than 11,000 stores globally generating sales of US$514 billion.

While the family only holds a 50% stake in Walmart through their holding company, Walton Enterprises, it paid out US$3 billion in dividends in 2018.

Powerful in its own right, the Walton family is among the 25 wealthiest dynasties on Earth controlling US$1.4 trillion in fortune.

Like many in powerful financial positions, the clan established the Walton Family Foundation to share their success with others.

“My grandparents, Sam and Helen Walton, knew the power of opportunity,” Carrie Walton Penner wrote online. “Three decades ago, my grandparents knew that doing good work together was good for their family and envisioned the role of philanthropy in uniting generations of family members to create lasting change for people and communities.

“It’s a vision rooted in desire to live in a world where people can accomplish anything with opportunity and encouragement.”