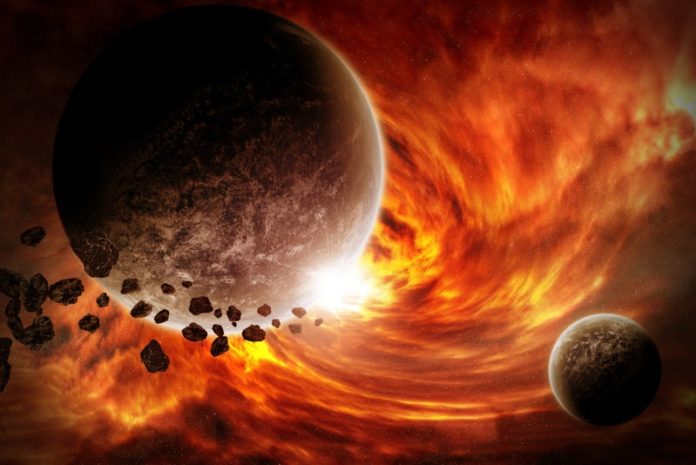 Earth could continue to host life for at least another 1.75 billion years, as long as nuclear holocaust, an errant asteroid or some other disaster doesn’t intervene, a new study calculates.

But even without such dramatic doomsday scenarios, astronomical forces will eventually render the planet uninhabitable. Somewhere between 1.75 billion and 3.25 billion years from now, Earth will travel out of the solar system’s habitable zone and into the “hot zone,” new research indicates.

These zones are defined by water. In the habitable zone, a planet (whether in this solar system or an alien one) is just the right distance from its star to have liquid water. Closer to the sun, in the “hot zone,” the Earth’s oceans would evaporate. Of course, conditions for complex life — including humans — would become untenable before the planet entered the hot zone.

But the researchers’ main concern was the search for life on other planets, not predicting a timeline for the end of life on this one.

The evolution of complex life on Earth suggests the process requires a lot of time.

Simple cells first appeared on Earth nearly 4 billion years ago. “We had insects 400 million years ago, dinosaurs 300 million years ago and flowering plants 130 million years ago,” lead researcher Andrew Rushby, of the University of East Anglia in the United Kingdom, said in a statement. “Anatomically modern humans have only been around for the last 200,000 years — so you can see it takes a really long time for intelligent life to develop.”

Rushby and his colleagues developed a new tool to help evaluate the amount of time available for the evolution of life on other planets: a model that predicts the time a planet would spend in its habitable zone. In the research, published today (Sept. 18) in the journal Astrobiology,they applied the model to Earth and eight other planets currently in the habitable zone, including Mars.

“If we ever needed to move to another planet, Mars is probably our best bet,” Rushby said in a statement. “It’s very close and will remain in the habitable zone until the end of the sun’s lifetime — 6 billion years from now.”Advertisement

While other models have been developed for Earth, they are not suitable for other planets, he added.