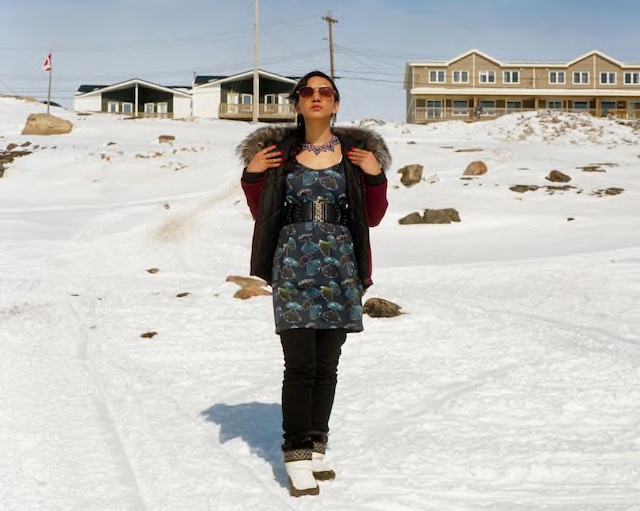 ON APRIL 1, 1999, the world’s attention turned briefly to the Arctic village of Iqaluit. At midnight, as green flickers of the aurora borealis danced across the sky, fireworks exploded into the frigid air. The Inuit of Canada were celebrating the enactment of the Nunavut Agreement, which established their ancestral land—an icy tundra the size of Mexico with just 25,000 inhabitants and almost no industry, roads or other infrastructure—as a self-governing territory. Under those glowing skies, Canadian Inuit embarked on what is still one of the greatest experiments in indigenous autonomy, one that offers a roadmap for other nations seeking to emerge from the dark history of colonization.

Twenty years after the territory’s inauguration, much has changed. Many of the people who fought for sovereign recognition experienced Canada’s notoriously abusive residential school system: Children were spirited away to distant boarding schools, while parents were forced from their traditional nomadic existence into poorly built government housing. Now young people in Nunavut come of age differently, with one foot in traditional culture and the other in the same Instagram feeds as millennials everywhere else.

Self-governance, while a victory, has not erased the obstacles to building a healthy, prosperous Arctic society. The suicide rate of young Inuit men in Nunavut is 40 times the Canadian average; substance abuse is epidemic; households made up of a dozen or more relatives, few of them fully employed, are not uncommon. Structural racism has by no means disappeared.

But the children of Nunavut, now in their twenties and thirties, refuse to be defined by sorrow or oppression. Young musicians have established Iqaluit, Nunavut’s capital, as a cultural hotspot, where they perform songs marked by a spirit of self-determination and new, modern takes on Inuit life. One of the groups, the internationally acclaimed Jerry Cans, founded Aakuluk, the first record label based in Nunavut.

Below, a few of these ground-breaking musicians tell, in their own words, the story of Nunavut and of their own struggles and victories.

Performs as Josh Q & the Trade-Offs

Josh Q has pioneered an “Arctic soul” sound, belting the blues like he’s from Mississippi but singing of hardships that are specific to Nunavut.

It can be really dark here in winter. But it’s not only the weather—we have a lot of darkness in our lives and a lot of suicide. Last year my buddy took his life. It’s ingrained in so many of us, which is crazy. A lot of my songs are about the dark days in my own life. But I have a song called “Qaumariaq,” which means brighten up, or lighten up. It’s about trying to get away from that darkness. Music has helped me so much; if I don’t play often enough, I feel depressed.

In the nineties we had to push just to be recognized as people. Canadians didn’t see us that way, which is why they gave us numbers as names. But we’re starting to get our culture back. There’s a resurgence and I think it’s going to be like that for a while. Twenty is very young still [for the territory]. I hope we get to live in a world where racism isn’t such a thing—that’s what we strive for.

Riit has brought her electropop sounds to the global stage, once performing for Prince Harry and Meghan Markle. A survivor of an abusive relationship as a teenager, she’s increasingly using her platform to bring the #MeToo movement to the Arctic.

It’s been really eye-opening for me speaking out and seeing how it makes other people more open and honest about it, too. My generation is not afraid to speak out about what’s wrong. We’re getting pretty good at standing our ground. I think we all have the same vision in Nunavut, but in the younger generation I see way more people who are proud to be Inuk [the singular form of the word Inuit, used when referring to an individual]. We were colonized so recently and I think that left a lot of Inuit feeling unsure of how to be or who to be. It created a lot of hurt and anger and a feeling of being stuck between living a traditional life and a modern life. I definitely struggle to keep that balance, like whether to go to school down south and get a degree or stay home and learn how to sew parkas. It’s a weird position to be in. But in terms of my music, it’s actually great—it’s been really cool exploring throat singing and seeing how I can mix it with modern sounds.