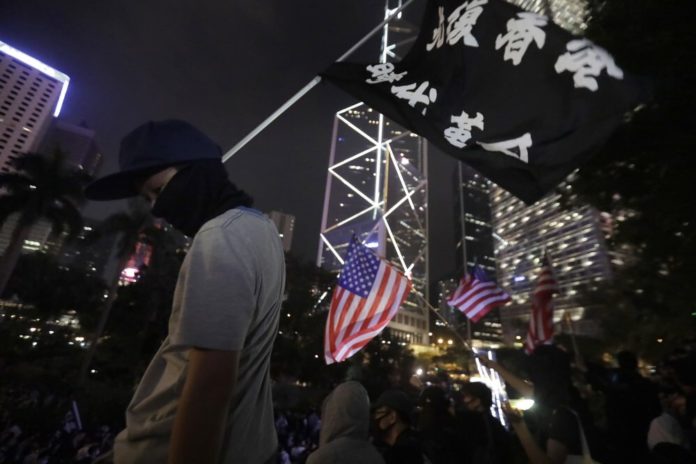 Hong Kong authorities won a temporary court order banning anyone from posting personal details or photos of police officers online, in their latest effort to clamp down on the city’s protest movement.

The government said Saturday that the High Court granted the Department of Justice’s request for the interim injunction to “restrain doxing and harassment of police officers and their families.”

The wide-ranging order prohibits unlawfully “publishing, communicating or disclosing” officers’ details including their Facebook and Instagram account IDs or photos of officers or their family members.

The order, in effect until Nov. 8, also prohibits “intimidating, molesting, harassing, threatening, pestering or interfering” with police officers or their relatives.

It’s unclear how authorities will be able to enforce the order and whether it applies to media photos of the protests.

Protesters ignored the order and continued to post photos and details of officers on an online forum. Supporters of the semi-autonomous Chinese territory’s protest movement have also had their details posted on a website.

At a rally Saturday night, some protesters jeered and cursed several police officers observing from a footbridge.

Medical workers organized the event to oppose what they called “violent repression” by police in response to protesters.

Volunteer first-aiders have treated protesters’ injuries, including broken bones, at the scene or tapped underground networks of doctors and health professionals to help with treatment.

Demonstrators have hurled firebombs and bricks at police and one officer was stabbed in the neck during the protests, which erupted in June over an extradition bill and snowballed into wider calls for full democracy and an inquiry into alleged police brutality.

Police have responded with tear gas, pepper spray and water cannons. On a few occasions they have also fired live rounds from their pistols, wounding a teenager in the chest.