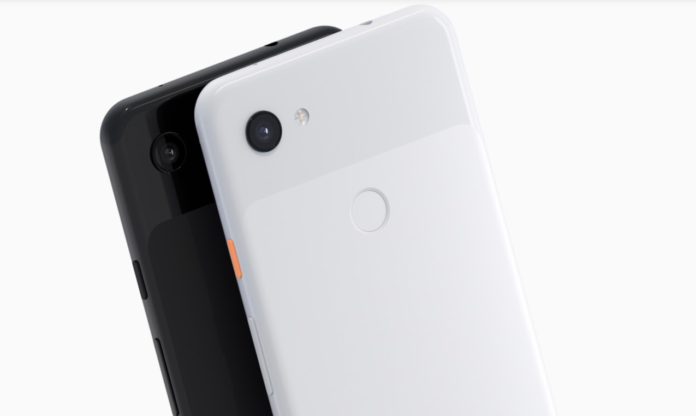 Google is expected to reveal the Pixel 4 during its scheduled event tomorrow, but in the meantime, users of the Pixel 3a are having some problems. Many are reporting a hissing sound with the Pixel 3a. The Google Pixel 3a’s hissing sound occurs while recording videos, but the good news is that there are some temporary workarounds until a permanent fix is applied via a software patch.

Users have been reporting the Google Pixel 3a’s hissing sound for months — since at least the Q DP6 update. PiunikaWeb spotted the comments this week.

One user of XDA Developers’ forums saidthe noise occurs on all the video they have recorded since that update. The person said they have experienced it with the Google Camera app, WhatsApp and every other camera app they have tried to use, and the same hissing noise can be heard on the video. They also tried to adjust the resolution and other settings, but they couldn’t get rid of the sound.

One of those who responded on the XDA Developers thread said they contacted Pixel support and was told that one of the other apps could be causing problems for the apps, so they should try uninstalling all their apps one at a time to figure out which one was responsible. The person added that the camera worked fine in safe mode on Android 10, but they weren’t able to figure out which app was causing the problem.

One Pixel 3a user reported a similar problem on Google’s support forums, although they described it as “a loud buzzing noise.” Several users also said an app was causing the problem, although they assumed a third-party app was to blame. However, it turns out one of Google’s own apps was actually the culprit.

A workaround for the Google Pixel 3a’s hissing sound

One of those who responded on the XDA Developers forum post mentioned problems with Google Assistant as being the culprit behind the hissing noise. They said when Google Assistant is set to listen for “Ok, Google,” it causes the hissing sound on the rear-facing camera, but not the selfie camera. Turning this feature off makes the problem go away.

Users of the forums where the issue was reported offered a simple workaround for the hissing sound on the Google Pixel 3a. The easiest way to get around it until Google offers a permanent fix is to disable Google Assistant’s Voice Match feature. To do this, go to the Google App and then Settings > Voice > Voice Match and set the switch next to “Access the Voice Match” to the off position.

Unfortunately, this workaround might not work if you have updated the Google app since the problem originally surfaced. If you have tried turning off Voice Match in Google Assistant and your Pixel 3a still has a hissing sound on video recordings, then you aren’t alone. A more recent post on Google’s Issue Tracker was shared by someone who said that since the Android 10 update, the Google app has also been updated, and turning off Voice Match no longer fixes the hissing sound.

However, it is possible that disabling a second feature could fix the issue. One person who responded to the thread on Google’s Issue Tracker said in addition to disabling the Voice Match feature, they also had to disable the Now Playing feature. To do this, pull down the notifications and tap the gear icon. Go to Sound > Advanced > Now Playing.

Google hasn’t said anything about the hissing sound on the Pixel 3a yet, but we would expect it to be addressed in a software patch soon.