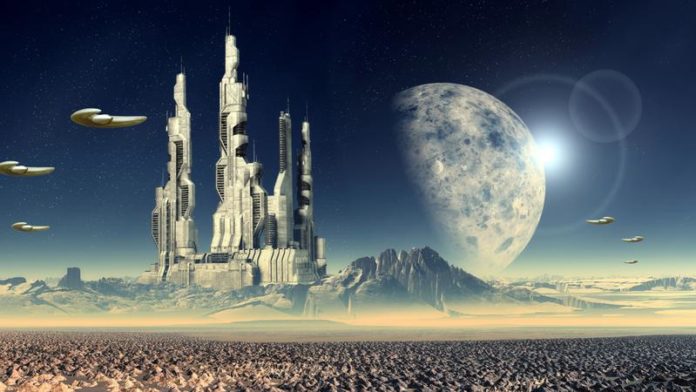 There are probably aliens out there somewhere, statistically speaking. So how have we never seen any evidence of them? That’s the Fermi paradox: what we imagine is any astrophysicist’s favorite question to ponder. A new solution to the paradox was proposed in March of 2018 — and it’s kinda dark.

This Universe Ain’t Big Enough for the Two of Us

There is no shortage of potential solutions to our little alien problem. They range from simple to complex, and relatively logical to completely off-the-wall. To be fair, sometimes they can get a little grim, as is the case with the potential solution posed by Russian theoretical physicist Alexander Berezin from the National Research University of Electronic Technology (MIET). His paper, posted March 2018 on the pre-print site arXiv, posits the “first in, last out” solution. Buckle up, because Berezin writes that his “solution would be hard to accept, as it predicts a future for our own civilization that is even worse than extinction.” If that freaks you out, just keep in mind that his paper has yet to be peer-reviewed.

The Universe’s Most Wanted

Berezin’s hypothesis is that life in the universe exists one at a time. “What if the first life that reaches interstellar travel capability necessarily eradicates all competition to fuel its own expansion?” he writes. Though this seems like an intergalactic war scenario, that isn’t necessarily what he’s saying. Maybe other life is eradicated accidentally, in the same way that construction workers might demolish an anthill while building a house without noticing the little bugs just got wiped out.

But according to Berezin, we’re not the ants awaiting our demise. Nope, we’re the construction workers killing the very things we’re looking to discover, maybe even with the very things we’re using to discover them. “Assuming the hypothesis above is correct, what does it mean for our future?” Berezin writes. “The only explanation is the invocation of the anthropic principle. We are the first to arrive at the [interstellar] stage. And, most likely, will be the last to leave.”

Will humanity go off the rails, becoming too powerful and accidentally destructive to make nice with our potential intergalactic neighbors? According to Berezin, maybe.