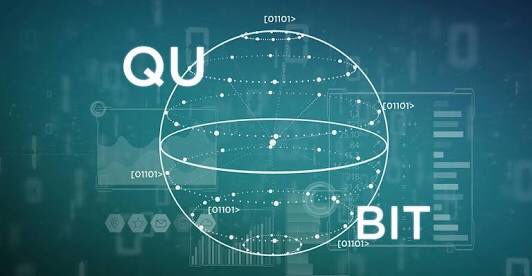 Many of the world’s leading technology companies and startups including IBM, Intel, Google, Rigetti Computing, and Microsoft have been working to build a scalable quantum computer. Some of them have developed prototypes, but it’s been difficult for them to perform calculations within minutes that would take even the most powerful silicon-based supercomputers millions of years. But a new report from the Financial Timesclaims that Google has achieved “quantum supremacy.”

The experimental realization of quantum supremacy

According to the Financial Times, Google researchers posted a paper on NASA’s website showing that their processor was able to perform impossible calculations within minutes. The paper has since been taken down from NASA’s website.

Google researchers claimed in the paper that their quantum computer performed an unspecified calculation in 3 minutes and 20 seconds. By comparison, the world’s most powerful supercomputer IBM’s Summit would take an estimated10,000 years to perform the same calculation. Summit is capable of performing tasks at 200 petaflops.

It means Google’s quantum computer is about 1.5 billion times more powerful than the most powerful supercomputer. However, Google achieved quantum supremacy – when quantum computers perform calculations that were previously impossible – only on one specific, highly technical task. The widespread use of quantum computers to solve more practical problems is still several years away.

What Google did was an “experimental realization of quantum supremacy.” Google researchers said it was a huge milestone towards “full-scale quantum computing.” They wrote in the paper that the power of quantum computers would grow at a double exponential rate.

The search engine giant had planned to reach quantum supremacy by the end of 2017. It unveiled a 72-qubit chip called Bristlecone in March 2018, but the chip was difficult to control. Then Google built a 53-qubit chip called Sycamore, which performed the task of proving a random-number generator was actually random.

If quantum machines could be built at scale, they would offer exponential gains in the capabilities of computers. They would have massive implications for research in materials science, energy, healthcare, environmental systems, and more.

The traditional computers store information as either zero or one. It limits their potential to process gigantic volumes of data quickly. Quantum computers use quantum bits or qubits which represent both zeroes and ones at the same time, which makes it possible for them to perform even the most complex calculations quickly. They can try every possible sequence and number simultaneously, shortening the time taken to process the data.

Last year, Boston Consulting Group said in a report that quantum computing could “change the game” in a number of fields including agriculture, cryptography, machine learning, artificial intelligence, and pharmaceuticals. However, we should not get ahead of ourselves because it will still take quantum machines years to overtake traditional silicon-based computers. The quantum revolution is still a long time away.

Among other technology heavyweights, IBM announced its 53-qubit quantum computer a few days ago. Microsoft is also creating software to build a quantum computer capable of solving problems in areas of materials design, global warming, clean energy, and others. Microsoft aims to create its first scalable quantum machine in the next five years.

Krysta Svore of Microsoft Quantum Computing recently told media that the company was looking at a “five-year timeframe” to build a quantum computer. Svore added that Microsoft’s team needs “roughly 100-200 good qubits with a low-error rate.”