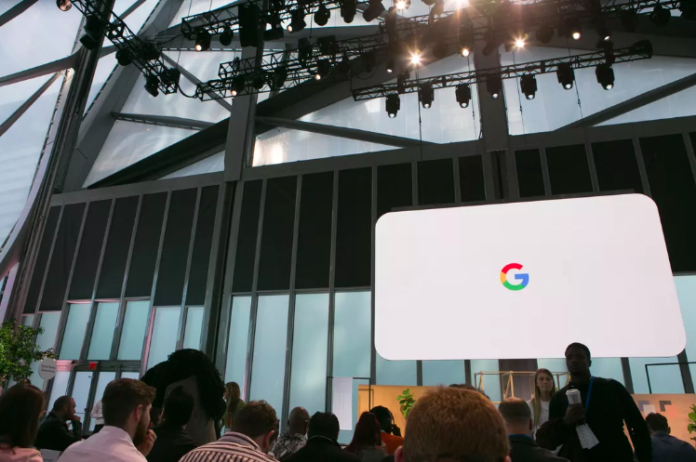 The investment comes as major tech companies have been working to do more on climate change.

Google on Tuesday announced plans to spend $150 million on renewable energy projects, looking to use the funding to bring green initiatives to the countries where its products are made.

The announcement comes less than a month after Amazon founder and CEO Jeff Bezos unveiled a broad initiative to reduce his company’s carbon footprint, too.

“We believe Google has the ability and responsibility to create systemic change,” Google hardware chief Rick Osterloh said on stage at a product launch event Tuesday.

He said the investment in “key manufacturing regions” — which he didn’t mention by name — is meant to extend Google’s internal effort to reduce its carbon footprint. Osterloh claimed Google’s operations already became carbon neutral in 2007 and the company as of 2017 has matched all energy consumption with 100% renewable energy.

“When you choose to buy hardware products from Google, you’re contributing to bringing renewable energy to communities around the world,” he said.

Additionally, Ivy Ross, Google’s hardware design head, said Tuesday all Nest products launching this year will include recycled plastics and the fabric on the Nest Mini speakers will come from recycled bottles.

Google’s announcements Tuesday continue stepped up efforts by major tech companies to show they are working to preserve the environment, a push they hope will please customers as well as their own employees. For example, at its product launch events Apple often touts its work to use recycled aluminum in more of its devices.

The new Google spending may have been influenced by increased activism from the company’s rank-and-file employees. Additionally, these recycling and renewables initiatives may help these tech giants build up their reputations after they’ve been battered by negative news about privacy blunders, potentially monopolistic practices and, in Amazon’s case, reports of poor conditions for employees.

Just a day before last month’s demonstration, Bezos announced plans to make Amazon carbon neutral by 2040, helped along by a new $100 million reforestation effort and a new order for 100,000 electric delivery vans to move away from diesel vehicles.

While Amazon employees cheered the effort, they called for more action, including a demand Amazon stop working with oil and gas companies.