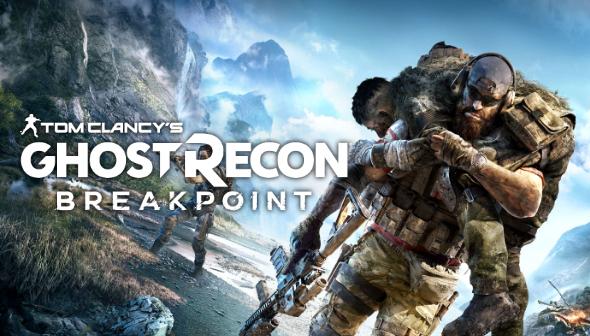 The island is a paradise and the Skrell Campus sticks out from the green beauty like an ugly obstruction from some other world — which is exactly what it is. It’s the middle of the day, but I’m trying to be sneaky despite the sunlight. I need something from the campus and there are men in my way. A patrol of two breaks away from the others and moves along a dock. I slip my knife into the first and he cries out, alerting the second, who gets off a few shots before I can close the distance and finish him. His gunfire alerts the rest of the guards, who come to kill me. I turn to face my enemies and slide off the dock and into the water. Embarrassed, I reach for the ladder that would take me off the dock. But the ladder won’t work — I can’t grasp the rungs and so I wade, helpless. Five drones descend. Their guns spin up and I die. I’ll have to do it all over again.

This is Tom Clancy’s Ghost Recon Breakpoint, the worst video game I’ve played in 2019. Developed and published by Ubisoft and out now for PlayStation 4, Xbox One and PC, Breakpoint is a big open world sandbox in the style of Assassin’s Creed, Far Cry, and The Division 2. But unlike those other Ubisoft games, playing it felt like a chore that only reminded me of how much fun open world sandboxes can be when they don’t feel like work. Every time I’d get into the flow of the game, something — a bug, poor design — would interrupt me and turn fun into frustration.

In Breakpoint, I controlled Nomad, a U.S. special operations soldier who works off-the-book missions. The game kicks off when a U.S. Navy cargo ship disappears off the coast of Auroa, a fictional island in the Pacific, and the brass sends Nomad to investigate. Someone shoots Nomad’s helicopters out of the air, her team crashes on Auroa, and she has hook up with the island’s locals, explore its various locales, and storm enemy strongholds to find out what’s happening. In a lengthy story that feels like a bad Tom Clancy novel filled with buzzwords ripped from the headlines, Nomad must stop a private military corporation from using AI, drone swarms, cryptocurrency, transhumanism, and weapons of mass destruction to create a “better world.”

Breakpoint plays like a third-person stealth action game similar to Metal Gear Solid V: The Phantom Pain or a slower paced The Division 2. Auroa is a large open world with many points of interests the player can explore in any order they want. I focused on the story, occasionally dipping out to hit side objectives and explore the map. Auroa is huge, and it’s possible to spend hours simply clearing out enemy bases and never touching the story. Breakpoint even allowed me to attack main villain Cole Walker, a former colleague of Nomad played by Jon Berenthal doing the morally compromised soldier bit he perfected in The Punisher, anytime I wanted.

I would fast-travel to the closest location to my objective, scout the area with a drone to mark its guards and enemies, then attempt to sneak my way through those enemies with silenced weapons and knives. When things went hot, I abandoned the pretense of stealth and brought out an SMG. Along the way, I leveled up and earned points that allowed me to customize my operator to my gameplay style. I was going the stealthy route, so I picked abilities that extended the range of my drone, allowed me to drop a smoke bomb to vanish from enemy sight, and increased the power and range of my sniper rifles. I could have just as easily built an operator that healed fellow players or rushed, guns blazing, into trouble.

Breakpoint can be played by yourself or in groups of up to four, and there’s also a competitive multiplayer mode. It’s more fun to play with other people, but adding friends to the firefight doesn’t make it any less of a slog. I love stealth games, but Breakpoint never feels as smooth as Metal Gear Solid 5 and the shooting never feels as tight as The Division 2. The player is allowed to experiment and tackle different objectives with different styles, but none of the styles feel complete. There’s no reward for a stealthy playthrough save the satisfaction of a job well done, and when things went bad, it was easy to put my back against a wall and funnel enemies down a corridor for easy picking.

Worse are all the bugs. In addition to non-working ladders, I encountered hostages I couldn’t free, guns that wouldn’t fire, and several invisible walls. The worst happened during an early mission in which I needed to extract a high value target (HVT) from a heavily guarded enemy base. I escorted the HVT from his confines, put him on a helicopter, and got to the extraction point, but he wouldn’t leave the chopper. This happened twice, and each time I had to destroy the helicopter to kill the HVT and reset the mission. While cathartic, it was not what I’d call “fun.” On the third trip, the HVT decided to leave the helicopter so as not to die a fiery death like his predecessors.

The game’s loot system also puzzled me. Breakpoint has a gear score, determined by the level of the items you pick up. As you progress through the game, you receive weapons and armor that do more damage, give you better protection, and increase your gear score. Areas are soft locked by this gearscore, meaning a player with a score of 50 should avoid an area where the bad guys have scores of 150. Yet, Breakpoint is a game where shooting a bad guy in the face kills them instantly. If they wear a helmet, I had to shoot them twice. There are bullet-sponge enemies — mostly drones — but they’re few and far between. Gearscore never felt like it mattered, and so the loot never felt like it mattered, either.

Breakpoint’s story is a disappointment too. Berenthal is excellent, but it feels as if Ubisoft asked him to play The Punisher again, except evil. The tech bros who built the libertarian paradise are also portrayed as naive good guys who never meant for their technology to be used by evil mercenaries.

Many of Breakpoints elements feel rote, like they were pulled out of the big budget video game grab bag. Why does it have loot? Not because the loot adds to the experience, but because loot keeps us playing and engaged. Why does it have hundreds of hours of pointless, repetitive side content? Because side missions keep us playing and engaged? Why is Berenthal chewing scenery every few hours? Because players have said they wanted high-quality, story-driven experiences.

On paper, Breakpoint is the kind of game we’re supposed to love. But its disparate elements never come together and often feel like a waste of time.