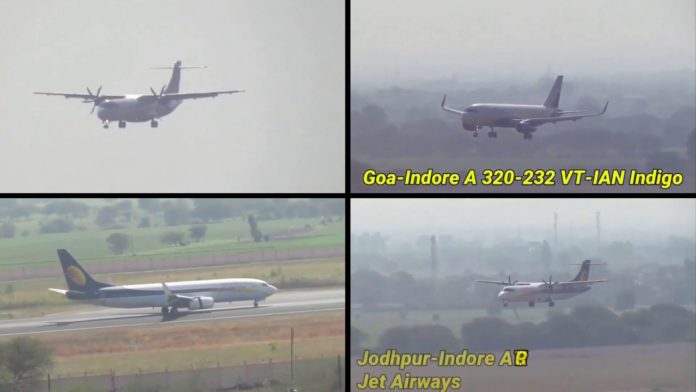 (PTI) A cargo aircraft landed for the first time at the Devi Ahilyabai Holkar International Airport here on Friday in the aerodromes 70-year operational history.

Friday was a special day for Indore, the financial capital of Madhya Pradesh, as a cargo aircraft landed here for the first time, an airport official said.

Officials said the plane was given a “water salute” (salute with water splashes) at the airstrip.

“Private airline SpiceJet’s flight B737 flew from Delhi to Indore,” airport director Arima Sanyal said, adding the flight is being operated on an experimental basis for 15 days.

Sanyal said the aircraft will leave from Indore and return to Delhi via Ahmedabad, Pune, and Bengaluru.

“The airline may consider regularising this flight if it gets a good response in Indore in terms of bookings,” she said.