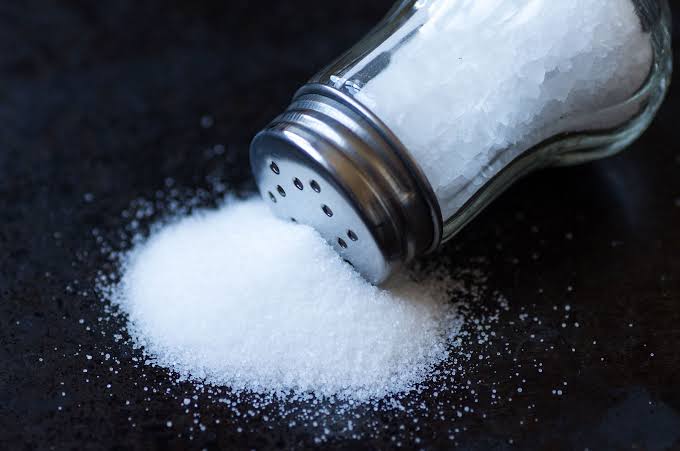 Too much sodium can wreck havoc on your body. Here are signs you need to cut back.

Who knew that salt could even impact your brain function? In a 2018 study from the University of Colorado researchers followed a group of about 5,000 men over the age of 65. They found that men who had slightly lower sodium levels in the blood were about 30 per cent more likely to develop cognitive decline.

Your thirst is raging

Foods with high amount of sodium (think: chips, spaghetti sauce, and pepperoni pizza) make you feel thirstier, because sodium messes with the balance of fluid in your body, according to Harvard Health Publishing. If you had a day of eating more high-sodium food, like at a baseball game, try to drink a lot of water. Your body is probably craving water, so it can restore the salt balance in your cells. Thirst is only one sign of dehydration.

Your body is swelling in strange places

Yes, just one night of too much sodium can actually make you look and feel more bloated in the morning. This is called edema, the swelling of extra fluid in your body’s tissues. According to Mayo Clinic, edema can be a symptom of an underlying disease, but it can also be a sign of too much sodium in your diet. The simple solution is to cut back on sodium. Read food labels, look for low-sodium options, or cook your own food to control the salt.

You get kidney stones

A diet high in too much sodium can actually hinder kidney function. According to the World Action on Salt and Health, too much salt can increase the amount of protein found in your urine. More protein in your urine is a “major risk factor” for kidney disease. Additionally, high-sodium diets can also increase the risk of kidney stones. If you have excessive kidney stones or pain, you should see a doctor and work with a nutritionist to change to a low sodium diet.

You have stomach ulcers

Diets high in sodium may increase the risk for stomach cancer. Sodium can also amplify damage to the lining of the stomach caused by infection with Helicobacter pylori bacteria, which is the primary cause of stomach cancer.

You have high blood pressure

The American Heart Association recommends no more than 2,300 mg a day and, ideally, no more than 1,500 milligrams of sodium per day for most adults. This extra sodium can increase blood pressure by holding more fluid in the body, making your heart pump harder. Ask your doctor if following a low sodium diet could lower your blood pressure.

While it is good to control your own salt intake, it is easy to overdo the salt shaker. A half a teaspoon of table salt contains 1,150 milligrams of sodium. If you shake some salt on your pasta three times during a meal, the milligrams of sodium can quickly add up. Bottom line: Minimize your use of the salt shaker, especially if you eat a lot of convenience foods (which tend to be rich in sodium).