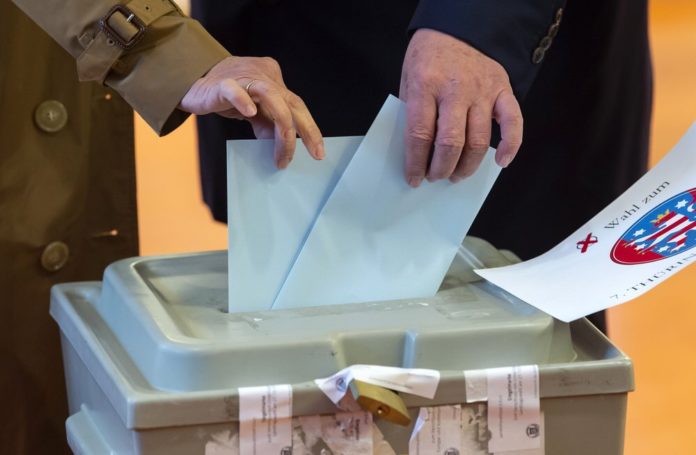 BERLIN (AP) — Two parties on the far ends of Germany’s political spectrum received more than half of the votes in a regional election Sunday, dealing a further blow to the country’s centrist forces that govern at the national level.

According to projections released by public broadcaster ZDF, the ex-communist Left Party of popular governor Bodo Ramelow won 30.1% of the vote in the state of Thuringia, a slight improvement on 2014. Ramelow is considered a moderate within his party and the result is far higher than its national average.

The far-right Alternative for Germany, meanwhile, was forecast to get 23.5%, more than doubling its result five years ago. The party’s leader in Thuringia, Bjoern Hoecke , has come under scrutiny from Germany’s domestic intelligence agency for his extremist views.

Chancellor Angela Merkel’s conservative Christian Democratic Union, which lost large numbers of votes compared with 2014, came third with 22.1%. It has ruled out a coalition with either the Left Party or Alternative for Germany, leaving Ramelow with only two options: a minority government or an unwieldy coalition with three other parties, one of which has already ruled out taking part.

The once powerful Social Democrats, who have suffered several heavy election defeats recently and are increasingly questioning their support for Merkel’s government at the national level, came fourth with just over 8%.

In a separate election Sunday, the party’s candidate for mayor of Hannover — a city the Social Democrats have governed for over 70 years — failed to get enough votes to qualify for a runoff election there.