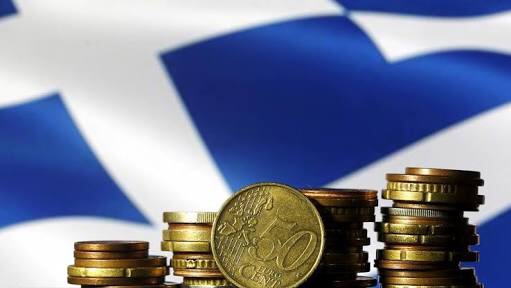 Investors are now paying for the privilege of lending it cash. A sale of 487.5 million euros ($535 million) of 13-week bills Wednesday drew a yield of minus 0.02%. Greece joins the likes of Ireland, Italy and Spain benefitting from the European Central Bank’s supportive monetary policy and deepening fears of a global recession.

It’s a stark turnaround for the euro area’s most-indebted member, which was forced to accept the biggest bond restructuring in history in March 2012 as Greece’s membership of the currency bloc came into doubt. Now the region is grappling with an altogether different problem — the spread of negative yields, which reduces borrowing costs for governments but threatens to harm savers, pension funds and insurers.

Jon Day, a fixed-income portfolio manager at Newton Investment Management, said the move was “another symptom” of the “global grab for yield, especially in euro-denominated bonds,” pointing out that short-dated Greek bonds were previously one of the few government markets where a positive return was on offer.

“There remain substantial risks around Greece’s financial position and it remains vulnerable to a significant economic slowdown,” he said. “Current yields on their bonds do not reflect this risk.”

The trend for negative yields comes after the ECB cut interest rates deeper into negative territory and said it would restart its bond-buying economic stimulus known as quantitative easing. Investors are also looking toward fiscal stimulus as the ability of monetary policy to stoke growth is tested to its limits.

Greece’s government is forecasting 2.8% economic growth in 2020, which it says puts it on track to meet a budget target agreed with creditors while still enacting tax relief measures. The nation also took advantage of record-low borrowing costs by selling 10-year bonds this week at a yield of 1.5%.

“Greece issuing negative-yielding bills is more evidence of the positive effect that negative interest rates and QE has on debt sustainability for governments,” said Peter Chatwell, head of European rates strategy at Mizuho International Plc in London. “Side effects are large for banks and investors, but for the governments there are very significant benefits.”