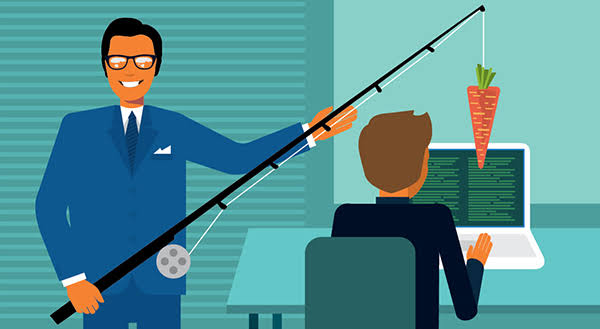 Millions of words have been written about employee motivation. I’ve contributed a few thousand myself. The topic is nowhere nears as complex or difficult as some gurus would have you believe. Pay careful attention to the following seven issues and the motivation will follow.

1. Say Exactly What You Expect

2. Specify Exactly How Their Performance Will Be Measured

3. Tell Them “How Well They’re Going”

Employees should know, daily if possible, how well they’re performing against the standards. Your internal systems should produce that information. You should support it through verbal feedback as required and at least every week.

You cannot expect top performance if you don’t provide and maintain adequate resources: equipment, tools, time, machines and support. That’s all that needs to be said about this.

Your role is, with employees, to put systems in place that make it impossible for them to fail. Remember “system” is merely a word we use to describe “how we do things around here.” If your systems are poor your people will fail. That’s the reality.

Pay employees well when they achieve results. Pay incentives to reward superior performance. It’s best to establish reward and incentives systems that reinforce the importance and value of performance standards.

Set standards, establish systems, provide feedback, reward performance. Having done that, encourage employees to recommend improvements in all three areas. Employees want to give you what you expect. But they also expect you to respect their achievement with greater freedom to act to improve things.

Always keep in mind that you’re not trying to motivate employees. You’ll be a truly successful “motivator” only when you’ve established a culture where employees motivate themselves.