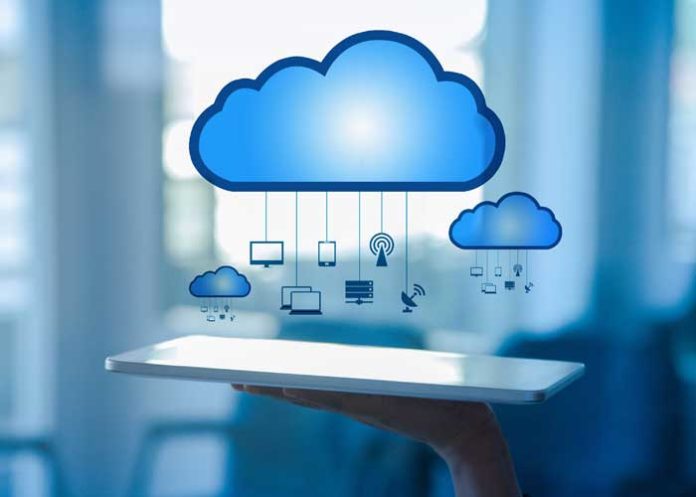 (IANS) India is no more scratching the surface on Cloud computing and continues to remain a market that is thriving under the dual-opportunity of serving domestic and international demands as well as enjoying higher consumption of data with the advent of high-speed mobile connectivity.

The Cloud spending in India is on a growth trajectory propelled by eight factors (both demand and supply): Increased awareness of Cloud, consumerization of IT, the proliferation of start-up ecosystem, diverse landscape of supplier ecosystem, rising investments in infrastructure, talent, strategic partnerships and the impetus from key digital-led government programs.

With these factors in play, the opportunity to solidify the cloud market’s India story remains promising, says the latest Nasscom report prepared in collaboration with Google Cloud and Deloitte Touche Tohmatsu India.

India’s cloud market is expected to grow at a rate of over 30 percent (CAGR) and is estimated to touch over $7 billion in 2022 – three times the current market size.

Cloud spending in India is the second-highest in the world at 40.2 percent (CAGR) over 2016-18, second only to China.

“The government has a significant role to play, as do other enablers. Specific regulatory directions will only act as the necessary catalyst to the growth of Cloud in India,” said the Nasscom report.

Cloud as a concept has been around for two decades, but has picked up steam with the growing presence of “hyper-scale” cloud providers in big data, analytics, artificial intelligence, and IoT.

The Cloud spending in India is on a growth trajectory propelled by eight factors (both demand and supply): Increased awareness of Cloud, consumerization of IT, the proliferation of start-up ecosystem, diverse landscape of supplier ecosystem, rising investments in infrastructure, talent, strategic partnerships and the impetus from key digital-led government programs.

“Both IaaS and SaaS are estimated to contribute to this growth. Factors that can drive the IaaS uptake in India are – an improved infrastructure, economic benefits, increased innovation, vibrant start-up ecosystem, and connected ecosystem,” said the report.

On the other hand, lower cost of workforce, abundant talent availability, mature sales ecosystem, adoption of newer technologies like AI, ML to build world-class products will boost the SaaS ecosystem.

Indian software and services market is forecast to reach $37 billion by 2022 from the current $28 billion and the SaaS market will contribute $3.3-3.4 billion.

According to Debjani Ghosh, President, Nasscom, India’s cloud computing market is poised for growth and, the technology is increasingly being embraced across businesses as well as consumers.

“To bolster India’s cloud market story, we need to exercise innovation — innovation to reduce the cost of services and thus, wider usage of Cloud,” she said.

Globally, the Cloud spending on IT is growing at 16.5 percent and is expected to touch $345 billion by 2022, said the report titled “Cloud — Next Wave of Growth in India”.

Cloud enables breaking down the traditional IT services into components and roll out each or combination as a specialized service.

India’s startup ecosystem has also evolved to become the third-largest in the world and has 10 Unicorn startups currently.

India is home to over 5,200 technology startups and is witnessing a rapid rise in the business-to-business startups focused on verticals like health-tech, fin-tech, e-commerce, and aggregators.