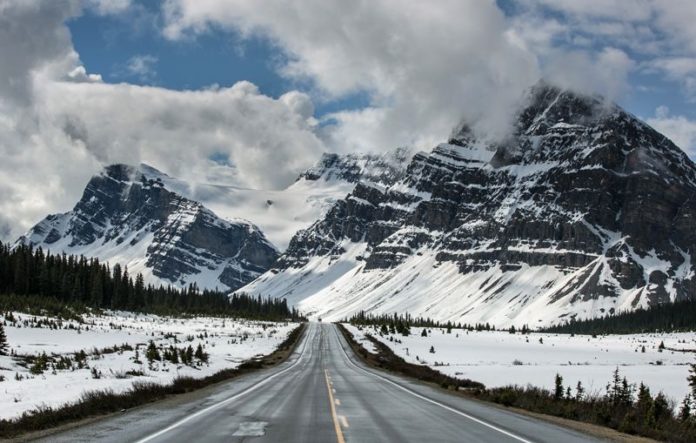 Some time in mid- to late November, geophysicist David Eaton will head into the forests around Fort St. John, Canada, and help to nestle an array of 15 seismometers onto the ground. They will spend their days listening for small earthquakes caused by oil and gas exploration in this part of British Columbia. If Eaton has his way, the seismometers will soon be joined by hundreds more, blanketing Canada as part of an unprecedented quest to probe the nation’s geology.

Eaton, of the University of Calgary, is leading a hugely ambitious effort to establish a network of geophysical observatories across Canada. The project aims to study everything from the inner Earth to the upper atmosphere — and to answer questions such as how much Canadians should worry about earthquakes and landslides, and where researchers should explore for lucrative mineral deposits or renewable energy resources.

It’s not clear whether funding agencies will cough up the roughly Can$100 million (US$75 million) that’s needed to turn these ambitions into reality. But a wide-ranging group of scientists have come together to advocate for the project, which is known as EON-ROSE (Earth-system Observing Network-Réseau d’Observation du Système Terrestre). Some, including Eaton, are now journeying into the Canadian wilderness to show what EON-ROSE could do.

EON-ROSE was inspired by a massive US geophysics programme called EarthScope that is wrapping up this year. Since 2004, the project has blanketed the continental United States with a movable network of observatories composed of seismometers and GPS instruments. EarthScope revealed new details about geological hazards — such as the enormous Cascadia fault zone in the Pacific Northwest, where researchers discovered unexpected slow-moving quakes that might offer clues to how often a massive quake strikes the region.

That caught the attention of scientists to the north. “We started talking about, why can’t we do this in Canada?” says Roy Hyndman, a geophysicist at the Pacific Geoscience Centre in Sidney, British Columbia, who led many of the early discussions. Like EarthScope, EON-ROSE aims to install geophysical observatories in a grid that would move around the country.

The project’s backers want to study Canada’s geologically active western mountains, along with the ancient rocks in its centre that date back roughly four billion years, and unstable regions in the east. Compared with the United States, “Canada covers an even wider portion of Earth history that could be investigated”, says Andy Frassetto, a seismologist at the Incorporated Research Institutions for Seismology in Washington DC.

EON-ROSE organizers have begun the project with a series of smaller studies, such as Eaton’s, while they seek full funding. Another study took place this summer, when researchers from the Geological Survey of Canada and Geoscience BC descended on Mount Meager, which is in southern British Columbia and is Canada’s most recently active big volcano. Their goal was to explore whether its volcanic warmth — which heats groundwater up to 240 °C — could be tapped for geothermal energy.

In July, geologists travelled around the mountain on helicopters to install instruments similar to those envisioned for EON-ROSE. The researchers are crunching the preliminary data now, aiming to see where permeable rocks channel Mount Meager’s volcanic heat towards the surface. Future studies in other parts of Canada could help geologists find new sources of geothermal energy — such as in the remote Arctic, where residents often rely on imported diesel, says Stephen Grasby, a geochemist at the Geological Survey of Canada in Calgary who led the work.

EON-ROSE also aims to identify mineral deposits by looking for geological structures deep below the surface that might underlie lodes of gold or copper. This approach could make it easier to prospect for minerals in the country’s northern reaches, where harsh winters and a shortage of roads make it difficult to explore.

“You could spend forever up there wandering around before you discover anything,” says Keith Benn, a mineral-exploration consultant in Port Lambton, Canada. “This is the promise of the EON-ROSE approach — when you look at this expansive territory in northern Canada, we can say ‘we can help you decide where to start’.” Benn is working with mining companies to drum up funding for a pilot EON-ROSE study of the ancient rocks of central Canada.

This focus on energy and mineral exploration goes beyond the purely scientific aims of EarthScope. EON-ROSE organizers hope that broader focus will help them win funding from industry. “To move forward, we must have practical applications that benefit Canada,” says Katherine Boggs, a geologist and project leader at Mount Royal University in Calgary.

Ultimately, the scientists hope to get the bulk of their funding from the federal government — although Canada’s general election on 21 October could dramatically shift the outlook for science funding.