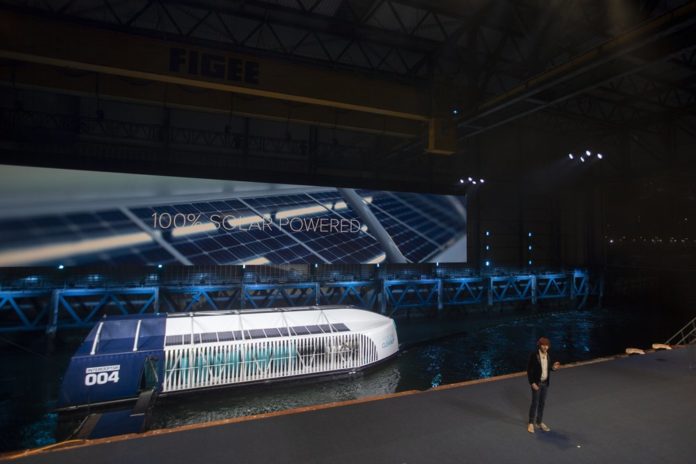 Dutch inventor Boyan Slat is widening his effort to clean up floating plastic from the Pacific Ocean by moving into rivers, too, using a new floating device to catch garbage before it reaches the seas.

The 25-year-old university dropout founded The Ocean Cleanup to develop and deploy a system he invented when he was 18 that catches plastic waste floating in the ocean.

On Saturday he unveiled the next step in his fight: A floating solar-powered device that he calls the “Interceptor” that scoops plastic out of rivers as it drifts past.

Slat says rivers “are like the arteries that carry the trash from land to sea.”

He says three of the machines already are operating — in Indonesia, Malaysia and Vietnam — and a fourth is heading to the Dominican Republic.