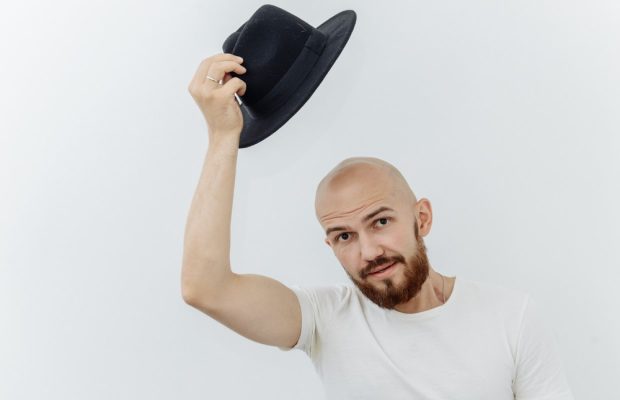 Take off that hat. It will make you bald.

It’s the sort of thing an opinionated grandparent might tell a grandchild wearing a hat indoors, but there are some who believe there’s wisdom in the admonishment.

“I’ve had people ask me about this, and I can understand why they think it’s true,” says Dr. Hayley Goldbach, a dermatologist at UCLA Health. Some people start wearing a hat to hide hair loss, she says, which may lead observers to conclude it was the hat-wearing that triggered the baldness. That’s probably not the case. “I think the short answer is that [hat wearing] is probably not a real concern,” Goldbach says.

“Genetics are the main player in hair loss,” says Dr. Michael Wolfeld, a plastic surgeon specializing in hair restoration and assistant clinical professor at Mount Sinai Medical Center in New York City. Wolfeld says “male pattern” and “female pattern” baldness are both initiated in part by an inherited genetic sensitivity to a hormone called dihydrotestosterone (DHT), which turns up in the scalp as well as other parts of the body. Among people with this inherited sensitivity, hair follicles languish and shrink in response to DHT. Popular hair-loss therapies such as Propecia (finasteride) work by blocking the production of DHT, research has shown.

That said, the causes of baldness are “multifactorial,” says Wolfeld. The experts TIME spoke with agreed that pulling the hair back severely—like in a very tight ponytail or in stiff braids—can create tension that pulls on hair follicles. “Over a period of years, that tension can cause hair to fall out,” says Wolfeld.

Most people probably don’t wear a hat so tightly that it could create this kind of tension, Wolfeld says. Tightness is subjective, but if your hat is so tight that it’s leaving a prominent mark or indentation in your skin, you may want to find a looser lid. “I think that if someone were to wear a hat very tight and for long periods of time”—every day, for months or years in a row—“that could cause some damage to the hair,” Wolfeld adds. That, in turn, could promote hair loss.

“If the hat were too tight, I could see that causing irritation or inflammation in the hair follicle,” Goldbach says. By itself, this probably wouldn’t cause hair loss. But it could be a contributing factor, she says.

The materials used in a hat—the dyes or textiles, for example—could also play into hair loss, says Dr. Adam Friedman, a professor of dermatology at George Washington University. “If a hat causes an allergic reaction in the scalp, that could cause the hair to shed due to inflammation,” he says. If someone were already going bald due to other factors, like a genetic predisposition, this inflammation-induced shedding could speed up the process of hair loss, he says.

In rare cases, wearing a hat while you sweat could also be a factor. “The salts from sweat are physically irritating to the skin,” he says. If you wear a sweat-stained hat all the time, this irritation could lead to inflammation, which, again, could speed up the process of losing one’s hair, he says.

But Friedman and other experts say that for most people, these are unlikely to be serious risk factors. “In general, hats do not cause baldness,” Friedman says. What hats reliably do is protect the wearer’s scalp and face from UV damage, which can in some cases lead to skin cancer, he says, and this benefit is “more valid” than any concern that a hat may cause hair loss.