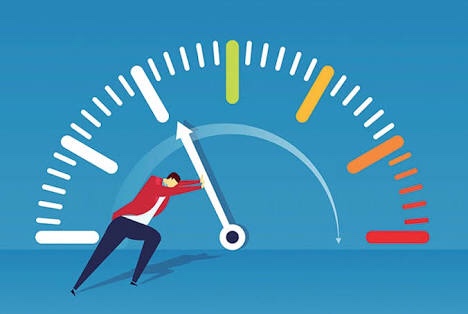 If you want to be productive, you must complete work. Almost everything we do has multiple stages to completion and in many situations, you don’t actually create value until you finish the last stage. Farmers can’t sell their grain until it is harvested. Automakers can’t sell a bunch of cars that have made it 90% of the way through the assembly line. Most employers aren’t going to pay you for having a degree unless you finished the last class and graduated.

Now all those things require starting, but if you have work in progress, the most valuable thing you can do is to pick something and finish it. Finishing is where you start benefiting from the value you’ve created. I’ve noticed that many successful people aren’t the ones who are the smartest or have the best ideas. They are often the ones who do the best job of taking an idea and completing it. A good idea fully executed is better than a great idea that never gets completed.

Does this mean you need to finish everything you start? Not necessarily, but if you don’t think something is worth finishing, be honest with yourself and terminate the project. Don’t leave hundreds of half finished efforts lying around physically or mentally acting like you are going to come back and pick them up. If you need to drop something, do so strategically and intentionally. If you’ve put significant effort into a project, you may still benefit from finishing it even if you wouldn’t start it again based on changed circumstances. For example, if you are in your last few months before graduating from college and realize you don’t want a career in what you are majoring in, you probably should go ahead and graduate. Even if you would choose a different path if you were starting college again, there is significant value in having the degree–even if you don’t intend to actually work in that field. If the cost of finishing is much less than the value you will forgo by just stopping, it is probably a better investment to finish.

When you plan your efforts with a focus on finishing, it influences how you manage your work. Someone focused on finishing will look for ways to get value along the way to their final goal. For example, a community college degree as a step toward a four-year degree locks in some value from your education in two years that you can leverage for your four-year degree. Some master’s degrees offer options where you can earn a certificate after 3 or 4 classes that all count toward your degree. People who are writing a book will sometimes use the chapters as blog posts so they get value out of what they are writing immediately but can leverage it toward the bigger goal they are working toward.

What projects do you have that are currently in progress? Can you find something and finish it?