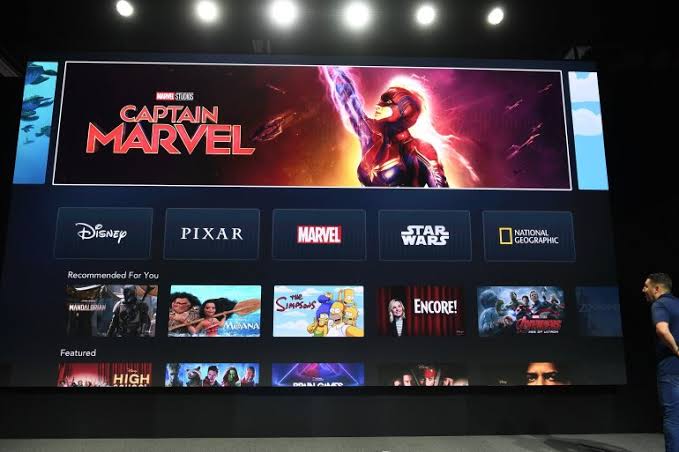 Walt Disney Co’s launch of its Disney+ streaming service will get a boost of about 50 million U.S. subscribers through a promotion with Verizon Communications Inc, the telecom provider said on Tuesday.

The move puts Disney+, which will debut on Nov. 12 in the United States, close to the size of Netflix’s 61 million paying U.S. subscribers.

Verizon said all its new and existing unlimited wireless customers, as well as new Fios and 5G Home internet customers, will be eligible for a free, one-year subscription to Disney+. The service will cost regular subscribers $7 monthly or $70 annually. A bundle that includes ESPN+ and Hulu will cost $13 a month.

Disney will be paid by Verizon in a “wholesale” deal arrangement, Disney Chief Executive Robert Iger said in a CNBC interview. The agreement “will have a significant effect … in terms of jumpstarting subscriptions,” he added.

As of the second quarter, Verizon served 118 million wireless subscribers, with about half of them purchasing unlimited service, the company has said.

Verizon and Disney are taking a page out of Apple Inc’s playbook by giving a free year’s worth of the video service, to quickly build a subscriber base.

Apple plans to give away a one-year subscription to Apple TV+ for all purchasers of new Macs, iPhones and Apple TV devices. The service is set to launch on Nov. 1.

Analysts estimate Apple could sell as many as 200 million of its latest iPhones to existing users upgrading their old phones.

The Verizon deal gives Disney an advantage in the so-called streaming wars, in which companies like Netflix, Amazon.com Inc, Comcast Corp and AT&T Inc compete for streaming video subscribers.

Analysts at research firm Cowen noted that Verizon recently reduced the price of its unlimited plans by $5 per month to encourage customer uptake in preparation for 5G.

Fewer than half of Verizon’s customers are on unlimited plans, Chief Financial Officer Matt Ellis said on the company’s second-quarter earnings call.

Verizon had 124 million customers across wireless and Fios internet in the second quarter.

The move by Disney and Verizon puts added pressure on AT&T, which is announcing details of its forthcoming HBO Max streaming service at an investor day presentation on Oct. 29. AT&T has not yet released pricing or distribution details for the new service.

Last year, Verizon shut down its go90 advertising-supported streaming video service after a three-year run, after failing to reach younger viewers. It had invested millions to acquire sports and content rights from short-form video producers.