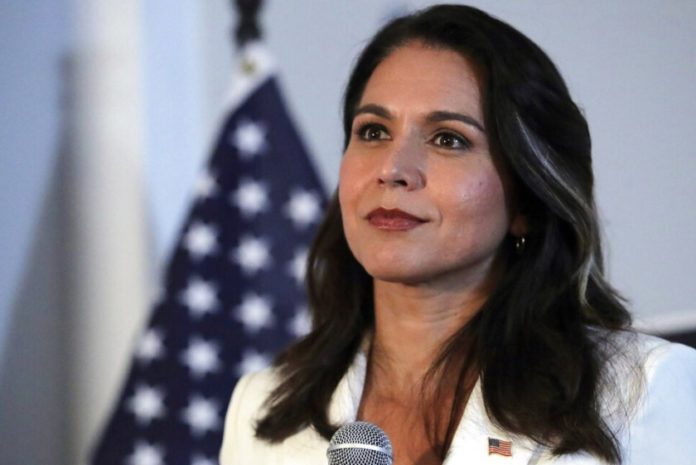 WASHINGTON — Democratic presidential candidate Tulsi Gabbard says she will focus on her White House bid and not run for reelection to her congressional seat. The congresswoman from Hawaii made the announcement early Friday.

The Hawaii congresswoman fought back after Clinton said in a recent interview that she believes Republicans have “got their eye on somebody who’s currently in the Democratic primary and are grooming her to be the third-party candidate.” Clinton, a former U.S. senator, secretary of State and 2016 Democratic presidential nominee, did not name Gabbard directly.

The squabble seemed to give Gabbard renewed energy on the campaign trail.

Gabbard noted in her early morning announcement that the threats of war, international tensions and the threats of a new cold war convinced her she should focus on the presidential race.

“I believe I can best serve the people of Hawaii and our country as your president and commander-in-chief,” she said in her statement.

Gabbard has emphasized her background as a combat veteran. Currently a major in the Army National Guard, she has served for more than 16 years and deployed twice to the Middle East, according to her announcement. She was first elected to Congress in 2012.

Evacuations ordered after two California wildfires converge into one

Seven killed in vehicle pileup caused by sandstorm in Utah