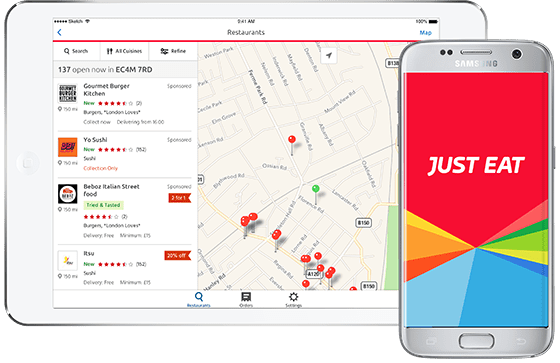 The offer is the first major move by chief executive Bob van Dijk since South Africa’s Naspers spun out the company last month, creating a European tech firm valued at $120 billion, largely due to its 31% stake in China’s Tencent..

Van Dijk said the all-cash 710 pence-a-share offer was worth 4.9 billion pounds ($6.34 billion), a 20% premium to Takeaway’s offer based on the Monday closing price of its shares.

Takeaway and Just Eat agreed the terms of a merger in August that would create one of the biggest food delivery groups outside China, with leadership in Britain, Germany, the Netherlands and Canada.

A slide in the value of Takeaway’s shares, however, has reduced the value of its bid from an original 731 pence a share to 594 pence.

Just Eat said its board had unanimously rejected the Prosus offer, which “significantly undervalued” its assets and prospects, both as a standalone company and in combination with Takeaway.

Prosus’ Van Dijk said he went public to give Just Eat’s shareholders the opportunity to consider a higher bid.

“We don’t believe we’re going hostile,” he said. “We haven’t been able to agree on a proposal, but we believe that shareholders will find this offer attractive.”