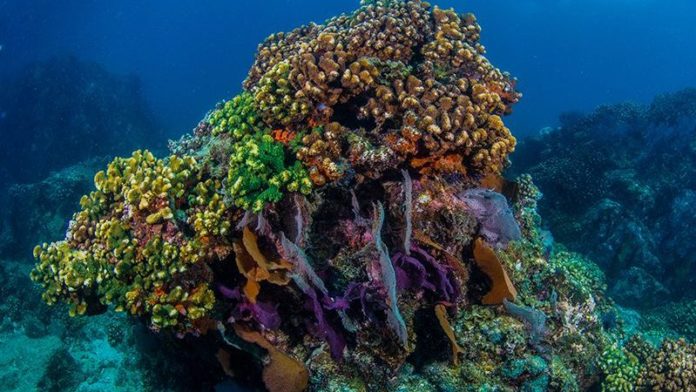 Hawaii’s coral reefs are in danger. A major marine heat wave that began in August is bleaching corals across the state, from the western shores of Kauai to the Big Island’s Kona coast..

Scientists are watching the devastation unfold in unprecedented detail. They are using a network of 140 small satellites and experimental deep-learning algorithms to track the event in near-real time. High-resolution images of Hawaii’s corals collected before, during and after the bleaching event could reveal how reefs respond to extreme temperatures. Such data could ultimately help governments around the world to anticipate — and minimize — the damage caused by future bleaching events.

“This has never been done before,” says Jamison Gove, an oceanographer at the US National Oceanic and Atmospheric Administration (NOAA) in Honolulu, Hawaii. “If it works out, it is novel and pretty amazing.”

The satellite project is part of the US$1.5-million Allen Coral Atlas, an effort to map and monitor the world’s reefs overseen by Vulcan, a philanthropic institution in Seattle, Washington, established by the late Microsoft co-founder Paul Allen. The satellites are owned and operated by Planet, an Earth-imaging company in San Francisco, California, and the scientific analysis is being led by Greg Asner, an ecologist at Arizona State University in Tempe.

The satellites began watching Hawaii’s reefs in July, shortly after NOAA predicted the ocean heat wave. Water even a few degrees Celsius warmer than normal can cause corals to bleach by expelling the symbiotic algae that provide reefs with nutrients and oxygen, and give them their bright colours.

The latest bleaching event is the third in Hawaii since 2014, and scientists say it could be the most devastating yet. “The scary thing is that this might be the new norm moving forward,” says Brian Neilson, head of Hawaii’s Division of Aquatic Resources in Honolulu. The frequency and intensity of coral bleaching events across the globe are projected to increase in the coming decades.

But determining how to accurately detect the degree to which a coral has bleached posed a challenge for Asner’s team. Sensors on their satellites register only four wavelengths — red, green, blue and near-infrared. Because only green and blue wavelengths can penetrate seawater, variations in reefs’ health come across in the pictures as subtle shifts in hue and brightness.

The scientists are using deep-learning algorithms to sort through their data and look for patterns. So far, they can see roughly 12 metres underwater. An initial analysis suggests that their satellite system can detect bleaching when roughly 5-10% of a reef turns white.

These results aren’t yet good enough to replace the work of divers who monitor corals in areas such as Hawaii, says Mark Eakin, who coordinates NOAA’s Coral Reef Watch programme in College Park, Maryland. But in remote regions that lack scientific resources, he says, “satellite imagery will provide information we might otherwise miss”.

Asner’s team had planned to check the accuracy of its satellite data by comparing it to high-resolution images of corals collected by instruments aboard a specially equipped aeroplane. The sensors carried by the team’s plane can detect more than 400 wavelengths of light — from the visible to the infrared — up to 22 metres underwater. In some cases, the scientists can even identify coral species from aeroplane data.

But the scientists had to quickly modify those plans when the bleaching event in Hawaii started, because their plane is undergoing repairs. Asner worked with NOAA and the government of Hawaii to create a website where the public can report sightings of bleached coral. The scientists have visited dozens of sites flagged by website visitors, inspecting reefs and collecting the detailed imagery needed to validate the satellite-monitoring system.

Asner says that his team will keep monitoring Hawaii’s reefs by satellite until the bleaching event ends, which NOAA predicts will happen in November.

Crawford Drury, an ecologist at the Hawaiʻi Institute of Marine Biology in Kaneohe, says that developing reliable methods for monitoring coral health by satellite could help to identify the planet’s most resilient reefs. “If we can find corals that are naturally tolerant and study them, we can learn more about what makes them that way,” Drury says.

Such regions are important because they could become safe havens for marine life in a warming world, Asner says. In the meantime, understanding the factors that determine when and where a reef bleaches can help scientists and governments to protect corals at risk, by minimizing other sources of stress — such as fishing and tourism.

“Reefs have the potential to survive these bleaching events,” Asner says, “but we’ve got to really monitor them and manage them.”