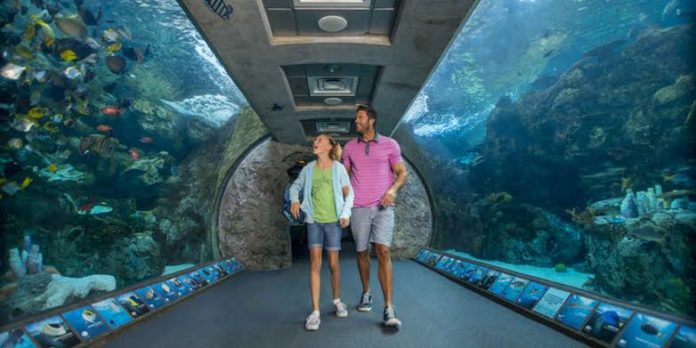 (IANSlife) From Disneyland classics to beachfront carousels, California‘s best-in-class theme parks deliver something for everyone.

Take a tram ride to tour film backlots at Universal Studios Hollywood or ride on a beachfront carousel in Santa Cruz. Find out what is available at these family-fun zones.

The undisputed grandfather of theme parks, Disneyland Resort has been leading the way since 1955, inviting visitors to spend the day in the ultimate land of make-believe. This beloved Anaheim institution serves up vintage rides like the Matterhorn Bobsleds and the Alice in Wonderland, Mad Tea Party teacup ride, as well as experiences featuring new innovations, like the incredible special effects, freefall thrills and multiple storylines of the Guardians of the Galaxy.

Movie magic, mega attractions — if Hollywood is the land of make-believe, then Universal Studios Hollywood is your chance to step into that fantasy world. On a sprawling site on the eastern side of the Hollywood Hills, this film-studio-meets-theme-park blends a studio tour with rides that swoosh, swoop and dive through film-and-TV-themed worlds.

It”s hard to say who enjoys Legoland more: the little ones running around in a magical world created by 60 million LEGO plastic bricks, or their parents who get a kick out of it too. This theme park in Carlsbad, on the northside of San Diego County, first opened in 1999.

From swooshing and swooping rides to interactive animal experiences and world-class attractions, SeaWorld San Diego truly makes a big, big splash. See and learn about the amazing under-sea worlds of animals from around the globe, including penguins, turtles, walruses, beluga whales and sea lions. Behind the scenes, SeaWorld is also home to marine animals that have been injured or orphaned on Southern California beaches and are being nursed or rehabilitated before they can be returned to the wild.

Monterey Bay Aquarium is one big wow of a place. Mesmerising tanks and exhibits showcase more than 35,000 animals and plants representing over 550 species — a large number of them California natives. Watch a giant Pacific octopus unfurl its tentacles, stand in the center of a swirling school of sardines, have hammerhead sharks swim inches away from your face, and see how trainers do daily health checks of the aquarium”s cutest inhabitants, California sea otters. A host of special activities, including junior diving programs, sleepovers, and custom romance tours (nothing like a little undersea light to make things dreamy) are also available.