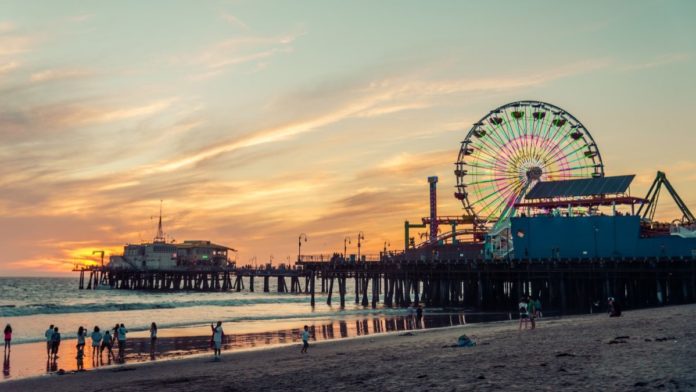 SACRAMENTO —  Gov. Gavin Newsom on Friday did what two of his predecessors refused to do: He prohibited smoking and vaping in most areas of California state parks and beaches.

People caught using cigarettes, cigars, pipes or electronic cigarettes will face a fine of up to $25 under a bill signed by the governor and authored by state Sen. Steve Glazer (D-Orinda), who cited the public risk of exposure to chemicals in tobacco smoke.

“This bill will provide a cleaner, safer, and healthier environment for people, fish and wildlife,” Glazer said Friday after the governor acted. “Cigarettes are one of the biggest polluters on our beaches. It harms people through second hand smoke and kills fish which are affected by the tainted trash.”

A spate of deadly wildfires in the last two years added urgency to the proposal that had been vetoed by former Govs. Jerry Brown and Arnold Schwarzenegger seven times in a decade of efforts.

“Many forest fires have been caused by discarded cigarettes and this bill can help there too,” Glazer said.

The measure applies to 300 miles of state beaches and areas of 280 state parks, and provides for fines for littering of smoking materials.

The bill was amended to allow smoking in parking lots and on paved roads. State parks officials also are given the discretion to designate other areas for smoking.

Brown vetoed similar legislation in 2017 because he said it went too far in restricting public behavior.

“If people can’t smoke even on a deserted beach, where can they?” Brown asked in his veto message. “There must be some limit to the coercive power of government.”

Brown and Schwarzenegger vetoed seven bills sent to them in the last decade, including some with higher fines that they believed involved excessive punishment.

Newsom vetoed a second bill Friday by Assemblyman Marc Levine (D-San Rafael) that was identical to Glazer’s Senate Bill 8, saying only one piece of legislation was needed.

Scott St. Blaze, a surfer and activist who has pushed for smoking bans in parks for years, said the proposed fine in the bill is too meager to be a deterrent. He also objects to exemptions that would allow smoking in parking lots and other locations.

“The current language of these bills will only serve to create an entirely unenforceable law,” he said. “A law which would be a complete waste of our state park rangers’ time and a total waste of our California taxpayer’s money.”

Glazer defended his bill, citing numbers from the American Lung Assn. that tobacco-related illnesses result in 40,000 deaths annually in California. Treating people with such illnesses costs the state some $28 billion annually in healthcare and lost productivity, Glazer said.

Supporters of the bill also referred to the danger of wildfires from discarded cigarettes. Cal Fire said smoking caused about 44 wildfires annually in the last five years.

Levine said the toxic chemicals in cigarette butts can seep into groundwater and poison animals that mistake the litter for food. Glazer also cited the impact of litter from smoking on the environment.

“Containing more than 69 toxic chemicals, cigarette butts, though small in size, have a huge negative impact on the environment and ecosystem in California,” Glazer said.