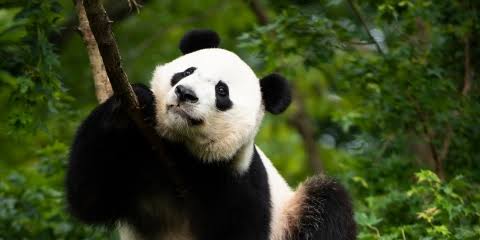 (Reuters) – Washington’s National Zoo will soon have an empty-nester exhibit on display when Bei Bei, the 4-year-old male offspring of the zoo’s giant panda couple, sets out for China next month to help breed more of his species in his parents’ homeland.

“Bei Bei is part of our family,” Steve Monfort, director of the Smithsonian’s National Zoo, said in a statement. “We’re sad he’s leaving, but excited for the contributions he will make to the global giant panda population.”

The bear and his parents are a favorite among visitors, said a zoo spokeswoman. Fans have watched Bei Bei grow from a small cub to a 240-pound (109 kg) bear over the years.

“The giant pandas are iconic,” she said. “We consider them ‘America’s Pandas.’”

The zoo has collaborated with Chinese scientists on a breeding program since it received its first pandas in 1972 following President Richard Nixon’s visit to China. As part of the program, pandas return to China at 4 years old so that they can breed when they reach sexual maturity at 5 years old.

Breeding programs are key to efforts to reintroduce pandas into the wild. Thanks to reforestation to expand habitats in which the species can survive, pandas have been reclassified from “endangered” to “vulnerable” by the International Union for the Preservation of Nature. There are an estimated 1,800 giant pandas in the wild.

Bei Bei is not the first in his family to travel abroad. His parents, Mei Xiang and Tian Tian, arrived from the China in 2000, and his older siblings Tai Shan and Bao Bao both packed their bags for China when they came of age.

Already, zookeepers are preparing Bei Bei for the big move, planned for Nov. 19. They will get him accustomed to his travel crate, first by training him to walk through it, then spending time inside with the door closed. During his flight to China, zookeepers plan on packing lots of his favorite snacks, like bamboo, pears, and cooked sweet potatoes.

Fans of Bei Bei will have plenty of opportunities to say farewell. “Bye Bye, Bei Bei” events will run for a week next month, featuring activities from daily treat feedings to special Panda-cam coverage, which will stream Bei Bei 24/7 over the course of the week.