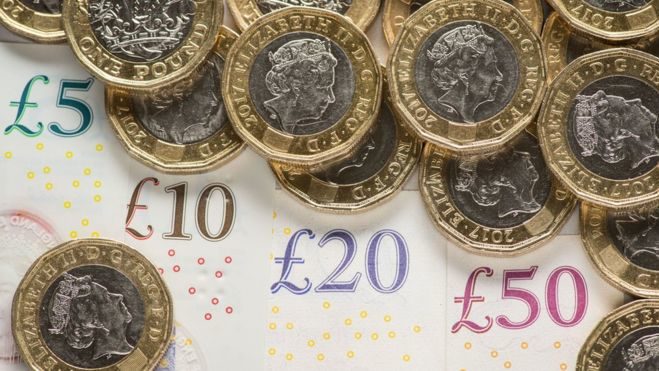 Sterling surged on Friday to a three-month high amid investor optimism about a last-minute Brexit deal between Britain and the European Union.

The currency has rallied more than 3% since Thursday, its biggest two-day gain since before the June 2016 referendum on leaving the EU.

Many UK-focused shares also surged, with Royal Bank of Scotland up 11.6%.

On Friday, EU Brexit negotiator Michel Barnier said he had had a “constructive” meeting with UK Brexit secretary, Stephen Barclay. That followed talks between the Irish and British prime ministers on Thursday, after which a joint statement spoke of “a pathway to a possible deal”.

Deutsche Bank’s foreign exchange strategist George Saravelos said he was “turning more optimistic on Brexit” and no longer negative on the pound, while JPMorgan said the Anglo-Irish statement may have “changed everything”.

“The chances of a deal seem to have improved and the pound has moved accordingly but hurdles still remain,” said Dean Turner, economist at UBS Wealth Management. “Time to thrash out the details of the deal are tight, and then there is the question of parliamentary approval.”

Other analysts cautioned that trading on the financial markets was thin, leading to higher volatility and a sharp jump in some share prices. Meanwhile, another analyst said the price surges were probably due to algorithms driving the market.

Following the more confident noises coming from Brussels, London and Dublin, there were hopes that a meeting between British and EU negotiators will pave the way for a Brexit transition deal at a summit on 17-18 October.

The rally in sterling undermined the UK’s export-heavy FTSE 100 stocks, and the blue chip index itself was up under 0.9%.

But shares exposed to UK growth and consumers soared. Housebuilders Persimmon, Barratt and Taylor Wimpey rose more than 10%. Next rose nearly 8.5%, and ITV more than 6%. The more UK-focussed FTSE 250 index was up more than 4%.

The yield on 10-year British government bonds was on track for its biggest three-day rise since 2017.