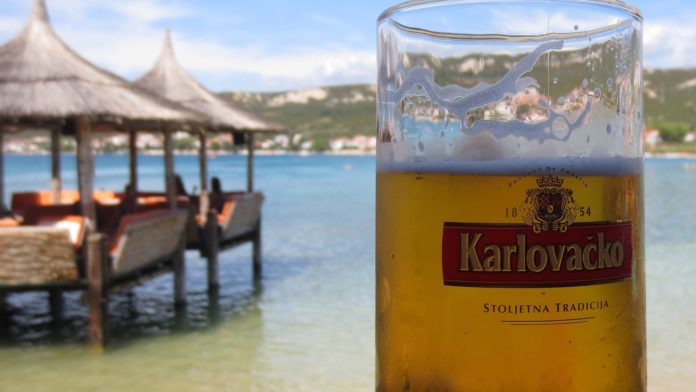 It was a hot Saturday afternoon in Pondicherry with my friends, we were sitting by Rock Beach, watching the waves splash against the intricately shaped rocks, also known as tetra-pods. We were lost in the sunset that was making us all so “philosophical about life” at 20, but realised that there was one thing missing, Beer!

Pondicherry is a dream destination for every college gang that studies in and around the area, the cheap alcohol, the relaxed French community babbling in exquisite Français that one could only swoon to and not comprehend, the adorable cafes, a sunny promenade in the French colony with Bougainvillea in full bloom and a walk along the shores of Bay of Bengal under a dark velvety sky.

I used to be very conscious and shy, when it came to alcohol. My parents never restricted me from it, they always taught me to be aware of the yin and the yang, and let me take my own decisions, so till then, it was a conscious decision to stay away from it.

I’d like to say it was the setting sun that made me want to try the golden brew that day, but no it was just my drunk roommate pestering me and saying “just take a sip!” I still remember how I fell in love with the taste, the moment I took my first sip of the cold frothy Carlsberg. I enjoyed all of it and didn’t get drunk, to my surprise. Perhaps that’s why I liked it so much!

Two years and 30 bottles later, I realised I was a beer person and started reading more about it, the kinds of beer that existed!

The type of beer is determined by the type of yeast used to ferment it. A beer largely comes under a “Lager” or an “Ale”. In a Lager beer, the yeast settles at the bottom of the beer, and in Ales the yeast settles at the top. Beers are then further divided into specific styles and flavours. At a club in India, a typical Ale on the bar menu would be a Stout, a Wheat and Belgian. Lagers would mean ordering a Pilsner, a German Helles, Heineken, Budweiser or a darker American one.

The Bock beer originated in the Middle Ages in Europe, more specifically in a medieval town called Einbeck, North of Germany. Bock is usually stronger and smoother than other Lager beers with a flavour that a protracted brewing process gives. It used to be traditionally associated to celebrating special occasions and holidays.

The terms “porter” and “stout” are quite similar with very subtle differences, the main difference being that Stout beer is stronger and darker than Porter, although, Porter beers have a higher alcohol content than Stouts. Stout beers began as fuller variants of porter beer. Even today there exists a slight confusion about the origin of Stouts from Porters. Popular brands of porter beer include Anchor Porter and Guinness Dublin Porter, and Guinness Stout is the most popular stout beer in the world today.

Belgian Ale was originally made due to the anti-German protests during World War II. Local brewers wanted to make an alternative to German beer. Belgian ales are less bitter than other ales and some may have a sweet-malty tinge. They are also rich and thick in texture with distinct spicy layers underneath.

Wheat Beer is one of the oldest variants. There are German laws in place that state the amount of wheat that must go into any beer before gaining the status of a “wheat beer.” It is quite light and a popular choice of beverage in the blooming Spring and Summer months. There are fruity variations also available and the beer has a cloudy texture with a thick froth at the top.

Beer is one of the oldest drinks invented by mankind. Contrary to popular belief that beer originated in Germany, it actually originated in the 5th millennium BC in Iran and is also recorded in the written history of Egypt and Mesopotamia. In modern day Iran, chemical tests of old pottery jars were performed to determine how long ago Beer was produced there, and it was revealed that the period dated back to 7,000 years ago.

In Mesopotamia, the oldest evidence of beer lies in a 6,000 year old Sumerian tablet (Sumer is the earliest civilisation of Mesopotamia, located in the Southern region) that had the image of people drinking through reed straws from a bowl. A Sumerian poem dating back to 4000 years ago, written in the honour of Ninkasi, the Goddess of brewing, contains the oldest beer recipe, that has survived all these years, describing the production of beer from barley through bread.

In China, residue on pottery items, containing barley and other grains, from 5,000 years ago shows the ingredients used while making beer.

The earliest confirmation of chemically processed barley beer till now was discovered at Godin Tepe in the central Zagros Mountains of Iran, where fragments of a jug were found to have a layer of beerstone, a by-product of the brewing process.

The invention of bread and beer has played a crucial role in enabling humans to develop technology and build cities. During the Industrial Revolution, the production of beer became industrial and commercial, as opposed to the artisanal origin, and domestic manufacture reduced by the end of the 19th century. The introduction of new equipment in the manufacturing process changed the face of brewing beer, by allowing the brewer more control and enhanced results.

Today, the brewing industry is a globally dominating business, with several companies and smaller producers (brewpubs and regional breweries).

The word Beer comes from ancient German based languages such as “bier” in German and Dutch. Many other languages have borrowed the same, such as “bière” in French, “birra” in Italian, “bere” in Romanian and “bira” in Turkish. Now you know where the modern day brand of beer Bira got it’s name from! The Nordic languages have words like “öl/øl”, that relate to the English word ale.

This October, as I continue to read about how beer is fermented and produced, I can only wistfully look at the savings in my bank account that I was hoping to use to attend the Oktoberfest in Munich, Germany! What  began as a royal wedding festival in the 19th century involving grand horse races, ended up being the largest beer festival in the world, as we know it today. Definitely hoping to visit next year!

Disclaimer: Consumption of alcohol in excessive amounts is injurious to health