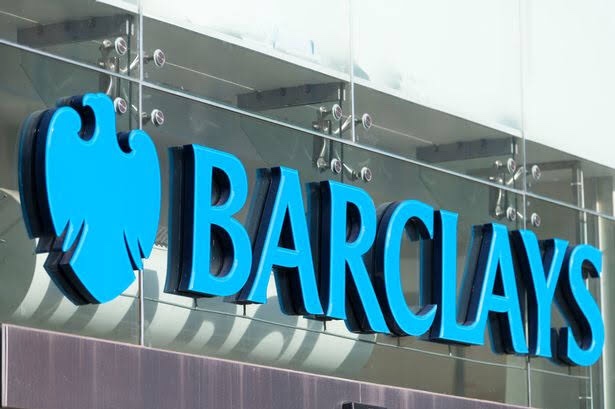 Britain’s Barclays said a worsening global economic outlook means it may be hard to meet its profit targets, despite reporting better-than-expected results at its under-pressure investment bank in the third quarter.

The bank said it is on track to meet its 9% return on equity goal for 2019, but that the economic environment means achieving its 10% target next year will be tougher.

“We acknowledge that the outlook for next year is unquestionably more challenging now than it appeared a year ago, in particular given the uncertainty around the UK economy and the interest rate environment,” Chief Executive Jes Staley said.

Barclays reported profit before tax of 1.8 billion pounds ($2.31 billion) for the July-September quarter, above analyst forecasts of 1.5 billion pounds, though those figures excluded a previously announced provision against insurance mis-selling.

Barclays shares rose nearly 3% in early trading, to their highest level since November 2018.

The lender also said it had agreed with regulators to account its risk-weighted assets more in line with British peers, resulting in an increase in its target core capital ratio to 13.5%.

The figure stood at 13.4% at the end of the quarter, below the new target, but Barclays stuck with its earlier guidance that it would triple its 3 pence interim dividend for the year-end payout.

The bank’s overall profits were marred by a 1.4 billion pound provision to compensate customers mis-sold payment protection insurance (PPI), in the middle of the 1.2-1.6 billion pound range the bank had forecast.

Staley told reporters that the hit had constrained the bank’s plans to return even more cash to investors, such as through buybacks.

“I think not just us but everyone on the street missed the avalanche of PPI claims in August, we were not expecting a provision of 1.4 billion pounds and you can imagine our capital position if we hadn’t had that,” Staley said.

The bank said it was still wading through more than two million claims or requests for PPI information at the end of the third quarter and could not be certain the provision it had taken would be final, saying it would have a better idea at the end of the year.

While Barclays blamed the global economy and interest rates for its tougher outlook, many of its problems stem from longer-term pressures on the investment banking industry including high pay and falling income as technology slashes trading commissions.

Barclays said it was facing a tough market in retail banking in Britain, including a competitive mortgage market and risk-averse consumers taking out less credit hitting its revenue and margins.

The British bank has faced calls over the last year and a half from activist investor Edward Bramson to pare back its investment bank, which consistently produces weaker returns than its retail and credit card businesses.

CEO Staley pointed to the strong trading performance as vindication of his strategy, as the lender tries to take on Wall Street while European peers are retreating.

Profits at its investment bank rose 67% in the third quarter compared to a year earlier, boosted by a 19% increase in fixed income, currencies and commodities trading and an impressive 5% increase in equities revenue where peers have struggled recently.