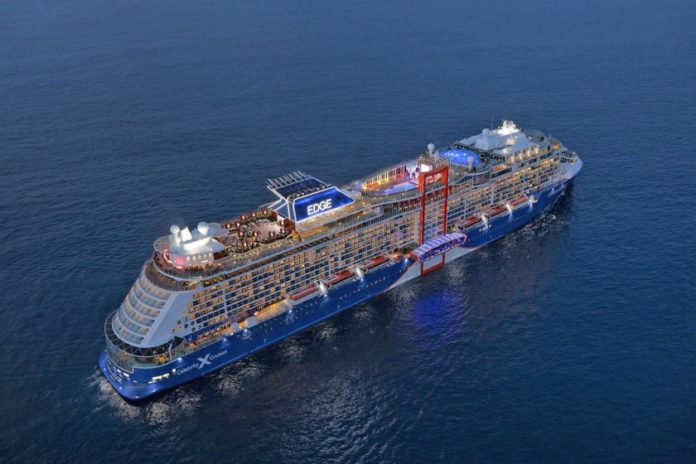 If you’re a fan of cruising, new ships keep rolling out with bigger and better amenities. But would you include any on a list of the world’s greatest places? Time magazine did. It named seven ships in its second annual list of 100 Great Places to Visit last week.

Ships such as Norwegian Joy, which frequently visits the Port of Los Angeles, joined a diverse array of places that includes California’s Hearst Castle in San Simeon, Raffles hotel in Singapore, and the Dark Sky Sanctuary in the Pitcairn Islands in the Southern Pacific.

To compile the list, Time requested nominations across a variety of categories from its editors and correspondents as well as industry experts. Cruise ships that made the cut are:

Celebrity Edge made its debut in December 2018 and was instantly a high-seas hit for Celebrity Cruises and its corporate parent, Royal Caribbean Cruises Ltd. There are plenty of wow factors packed into its 1,004-foot length, including unique indoor-outdoor balconies and a high-tech cantilevered “Magic Carpet” that reaches heights of 13 stories above sea level. The $1-billion vessel is Celebrity’s first in six years and is the initial vessel of four scheduled to launch through 2022.

This fun-and-games ship was renovated this year at a cost of $50 million and occasionally sails from the Port of Los Angeles to the Mexican Riviera. The 3,883-passenger Norwegian Joy is a sister ship to Norwegian Bliss, which also sails from Los Angeles to Mexico. Both ships feature a two-level racetrack, mini-golf, laser tag, aqua parks and the Galaxy Pavilion, offering an immersive, virtual reality experience.

This 266-foot Japanese floating hotel looks nothing like the other ships on this list. Guntuis small and has 19 rooms, a sushi bar, spa and sauna and explores the Seto Inland Sea of Japan. Rates start at $3,510 per person for two nights and include 10 different itineraries with a range of immersive activities including fishing excursions and temple visits.

Twice as wide as traditional river cruise ships, the new AmaMagna has been called a game-changer because of its innovative design. More than 50% of its cabins are suites and it has five bars, four unique dining areas and a variety of leisure activities. The AmaWaterways’ ship was christened in July and sails on the Danube. Passengers can swim in a large heated pool and warm up in a whirlpool.

American Cruise Lines has a fleet of 12 ships roaming U.S. waters and prides itself on offering passengers gracious hospitality. Its newest ship, American Song, is the first in its new “modern riverboat series,” which focuses on putting a contemporary spin on traditional river cruising. The five-deck-high, 190-passenger American Song looks nothing like European riverboats and has staterooms that are more spacious than those on most other U.S. steamboats and paddlewheelers.

Seabourn Cruise Line is known for luxury vessels that offer a private club atmosphere. The company’s fifth ship, the 604-passenger Seabourn Ovation, has its own concierge and the Retreat, 15 private, living-room-like cabanas with flat-screen TVs and a personalized, fully-stocked refrigerator. The ship’s small size allows it to stop at exotic ports not reached by larger vessels.