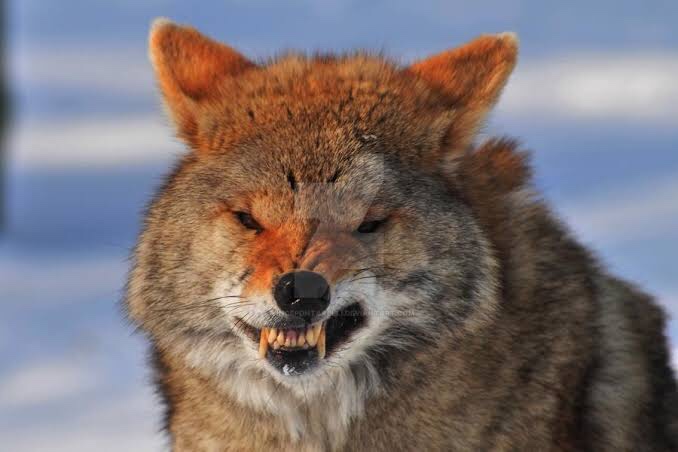 For many people, hearing coyotes howl in the distance is a beautiful experience. But a face-to-face encounter with the predators can leave a different impression.

Scientists say these adaptable animals could be becoming more aggressive and less fearful of humans—to the detriment of both species.

Wildlife specialist Robert Timm, of the University of California’s Hopland Research and Extension Center, has documented some 160 coyote attacks and dangerous incidents over the past 30 years in California alone.

“There is an increasing problem with coyotes losing their fear of humans and becoming aggressive,” Timm said.

“We’ve seen any number of instances where they came into a fenced yard and killed a small dog or cat,” he added. “And we’ve documented pets taken from a child’s arms or off a leash when being walked.”

The researchers are using the tool to search for patterns of precursor behavior—actions that might signal when coyotes are starting to become aggressive toward humans.

The scientists are also searching for possible solutions to what they see as a growing dilemma. In many U.S. states booming human populations and development have led to more people moving into and living in traditional coyote country.

Coyotes are smaller, more solitary relatives of wolves. Coyotes once lived exclusively in the U.S. western Plains states. Today the adaptable animals populate every U.S. state except Hawaii and range from Alaska to Central America.

The problem of human-coyote encounters does not lie with those animals that live in their traditional wilderness habitats. Rather the problem rests with those wily animals that have adapted to life in suburban and even urban environments.

Suburban patchworks of cover, such as small wooded areas and brush, combine with open areas to provide coyotes with good hunting grounds. And in some major metropolitan areas, like suburban Los Angeles, coyotes have become a problem.

California Department of Fish and Game spokesperson Lorna Bernard notes that much of the Golden State is prime habitat for the opportunistic animals.

“They are scavengers as well as hunters, and they are very smart,” she said. “When they learn that people aren’t a danger to them, they become very brazen.”

“We’ve had quite a few attacks,” she continued, “but people don’t typically get seriously hurt.”

In California there has only been one documented human death attributed a coyote attack. The incident occurred about two decades ago, when a coyote killed a young girl in Glendale.

Timm and Baker list some 35 other coyote attacks over the past three decades on small children that could have been fatal, had an adult not intervened.

Close human-coyote encounters are not restricted to California. In New York State, wildlife biologist Gordon Batcheller studies coyotes from his post at the state’s Department of Environmental Conservation (DEC).

He said coyotes are “becoming habituated to humans and human environments, and adapting their behavior to ours.”

From the coyotes’ perspective, this human environment “is a ‘subsidized environment,’ meaning it provides an artificially high amount of foods with an unnatural absence of threats,” Batcheller said. “These adaptable animals take quick advantage of these unnatural environments.”

At Cornell University in Ithaca, New York, wildlife biologist Paul Curtis and his team are beginning a five-year study of coyote ecology and behavior, funded in part by the state’s DEC.

“The goal of the project is to look at changes in both coyote and human behavior that may be leading to more conflicts and complaints,” Curtis said.

Curtis describes a progression of behavior in so-called problem coyote areas. First, the generally reclusive animals are increasingly spotted in daylight hours. Next, pets begin to vanish from yards and are even snatched off leashes by coyotes.

“That’s the last stage before a human attack,” Curtis said. “And we’re at that stage in New York now.” New York wildlife officials hope to head off such conflicts before a serious attack or death occurs.

Most coyotes, even those living near humans, are seldom seen and are reclusive. But dealing with human-adjusted animals is a management challenge.

“It appears to be a learned behavior,” Curtis noted. “Certain animals seem more adapted to an urban environment. They catch a few cats and say, Hey there is abundant food here.”

Animal control officers are experimenting with ways to reintroduce fear of humans in coyotes that have lost it. Many states have open season on coyote hunting. But the practice is controversial and often impractical in suburban and urban areas, where most problems occur.

Other non-lethal methods, including rubber buckshot and fencing, have met with mixed results.

“If they persist in aggressive behavior, the ultimate solution would probably be to remove problem animals,” Curtis said. “Nobody is happy about that.”

“The data on pet losses in recent years is not very different in the states of Texas and California,” the University of California wildlife specialist said. “Yet there have been few, if any, human attacks [by coyotes] in Texas.”

“We’re speculating at this point, but something is different about southern California, and in many cases we think that intentional feeding in neighborhoods is a factor,” Timm said. “It’s probably more typical than we know.”

“People in Texas don’t have a kind of Disney attitude about animals,” he added. “There may be more of that rancher mentality, where everybody recognizes that we don’t want [coyotes] in the neighborhood.”

Scientists stress that respect for animals, especially predators such as coyotes, means keeping them wild.

“Don’t feed them, either purposely or inadvertently, and stay away from animals that show no natural fear,” Batcheller, the New York wildlife biologist, cautioned. “Like other wildlife, coyotes should be enjoyed and appreciated, but from a distance. It does this species no good to encourage abnormal behaviors.”

As Curtis, the Cornell wildlife biologist, noted, “Hearing [coyotes] howling in the woods at night is a wonderful thing. And that’s where we want to keep them—in the woods, away from people.”