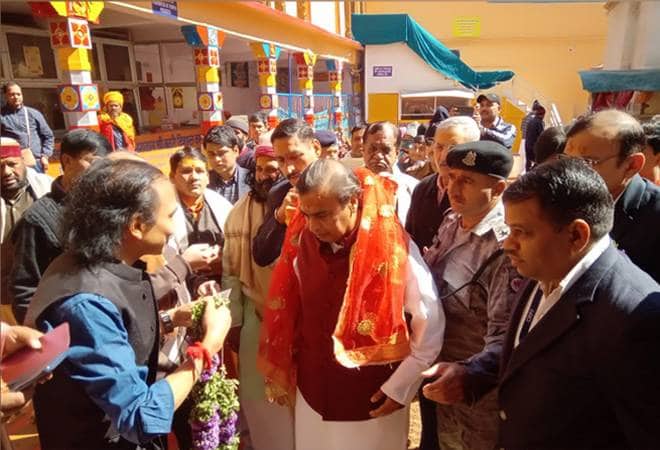 Accompanied by his son Akash, Ambani arrived by helicopter in Badrinath at around 8.30 am, Badrinath-Kedarnath Mandir Samiti spokesman Harish Gaud told PTI.

He was welcomed at the helipad by Mandir Samiti CEO B D Singh and other officials. He spent about half an hour at the temple offering prayers and talking to temple committee officials.

Ambani offered to bear the expenses to be incurred over sandalwood paste at the temple during the next yatra season, Gaud said.

The Reliance chairman visits the shrine dedicated to Lord Vishnu around Diwali every year.

Ambani also paid a visit to Kedarnath later in the day to offer prayers at the temple dedicated to Lord Shiva, Gaud said.