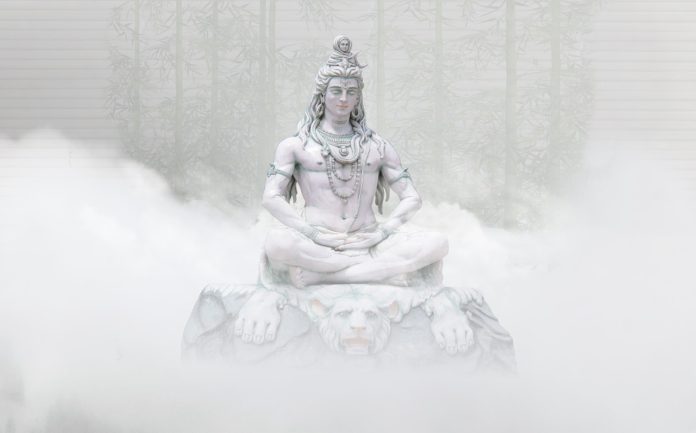 This story from Kaṭha Upanishad is a broad explanation of how Hinduism views death. This gives a complete exposition of how a man decides his own course, as beautifully explained in the Bhagwadgita:

Elevate yourself through the power of your mind, and not degrade yourself, for the mind can be the friend and also the enemy of the self.

Vājashravasa, desiring a gift from the gods, started an offering to donate all his possession that is called as ‘ SARVA DAKSHINA’. But Nachiketā, his son, noticed that Vājashravasa was donating only the cows that were old, barren, blind, or lame; not such as might buy the worshiper a place in heaven. Nachiketā wanting the best for his father’s rite, asked: “I too am yours, to which god will you offer me?”. After being pestered thus, Vājashravasa answered in a fit of anger, “I give you to Death (Yama)”.

So Nachiketā went to Death’s home, but the god was out, and he waited three days without any food or water. When Yama returned, he was sorry to see that a Brahmin guest had been waiting so long without food and water. In Indian culture guests are believed to be equal to god and causing trouble to god is a great sin. To compensate his mistake, Yama told Nachiketā, “You have waited in my house for three days without hospitality, therefore ask three boons from me”. Nachiketā first asked for peace for his father and himself. Yama agreed. Next, Nachiketā wished to learn the sacred fire sacrifice, which also Yama elaborated. For his third boon, Nachiketā wanted to learn the mystery of what comes after death.

Yama was reluctant on this question. He said that this had been a mystery even to the gods. He asked Nachiketā to ask for some other boon, and offered many material gains.

But Nachiketā replied that material things will last only till tomorrow. He who has encountered Death personally, how can he desire wealth? No other boon would do. Yama was secretly pleased with this disciple, and elaborated on the nature of the true Self, which persists beyond death. The key of the realization is that this Self is inseparable from Brahman, the supreme spirit, the vital force in the universe. Yama’s explanation is a succinct explication of Hindu darshana, and focuses on the following points:

· The sound Om! is the syllabus of the supreme Brahman

· The Atma, whose symbol is Om is the same as the omnipresent Brahman. Smaller than the smallest and larger than the largest, the Soul is formless and all pervading.

· The goal of the wise is to know this Ātmā.

· The Ātmā is like a rider; the horses are the senses, which he guides through the maze of desires.

· After death, it is the Ātmā that remains; the Atman is immortal.

· One must discriminate the Ātmā from the body, which is the seat of desire.

· Inability to realize Brahman results in one being enmeshed in the cycle of rebirths. Understanding the Self leads to moksha, or liberation.

Thus having learned the wisdom of the Brahman from Yama, Nachiketā was freed from the cycle of births.

This story contains within itself all that we have discussed till now. Quasi-Cyclical Time, Multi-valued Logic, Direct Experience as Pramāṇa, and the vastness of Cosmology are all there for us to experience in the story. It is for good reason that this story is often considered to be the essence of Upanishadic wisdom. Death ought to liberate a human being and make him become One with the Truth. Parā Vidyā, or knowledge of the transcendent, obliterates the line between Purusha and Prakriti and death facilitates this obliteration of identities, as in Sāṃkhya; or as Samādhi in Yoga.

Death in the Abrahamic Religions is the route to an eternal bondage, as opposed to liberation. In keeping with the concept of linear/superlinear Time, and 2-valued binary Logic, concept of reincarnation is replaced by resurrection. All human beings (and no other living beings) shall die and be resurrected on the date of Last Judgment, and the Creator who is outside the Cosmos shall visit these resurrected souls and give them into the eternal bondage of either heaven or hell. This is also a state of inequity, as a person hardly has the opportunity to correct his mistakes. The Book rewards or punishes a man not necessarily for his freely willed actions, but for his beliefs. Creationism and Determinism are close allies. In some extreme cases like Al-Ghazali, the Time is metaphysically broken from instant to instant so that Allah is busy producing events every instant, and destroying them the next instant. This is the ultimate in Determinism. The binary of consciousness vs. reason; and necessity vs. free will dictate everything. God/Allah/Yahveh does not care for your freely willed action, or reasoned choices. If you have followed the Word, and done right by the Diktat, you get an eternal reward — which is in the form of an eternal bondage to pleasure or pain. So the death in the Abrahamic Religions happens because:

2. Death is the route to eternal heaven and hell;

3. Heaven and hell is a reward of loyalty;

4. A believer alone has the right to heaven;

5. A non-believer is mandated to go to hell;

6. Upon death, the body and soul rests in peace (RIP) till the Last Judgment Day;

7. Everyone is resurrected on the Last Judgment Day;

8. Their accounts of piety and sin are read out and they are sent to heaven and hell;

9. The world ends and God remains in his abode; while everyone else remains bound to his heaven and hell eternally.

One need not be too well versed in science to realise that this is the natural outcome of Time in a straight line, a 2-valued binary Logic, and the finality of the Word of the Book.

This brings us to the end of this series. The object of the series is not to belittle any religion, but to provide objective parameters to show that the adage ‘All religions are the same’ is totally wrong.

How was the Vaishno Devi Shrine and Cave Discovered?

Colonial rivalry between Spain and Britain in the History of Belize

The Rise and Fall of Americo-Liberian rule in Liberia