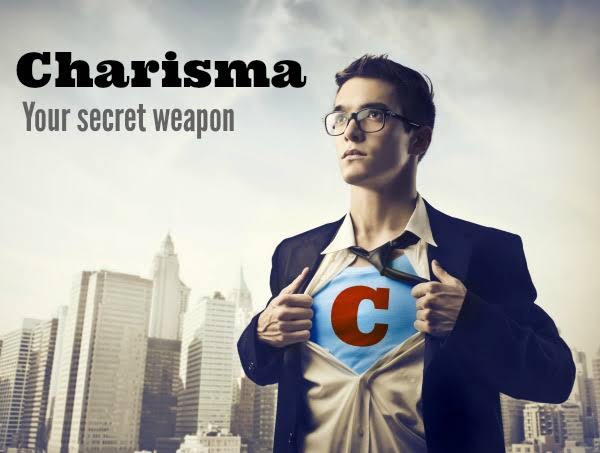 Are charm, attractiveness, power or talent big enough words to describe charisma? The online dictionary wants them to suffice, but let’s go deeper, to the original Greek. “Kharisma” and “kharis” mean favor and grace. Now we’re getting somewhere with a word often said, though rarely explained.

Perhaps it’s better to think of who we know with charisma so strong it charms on a scale of, well—Beatlemania. Entire stadiums erupted when The Beatles were onstage. Their albums span just nine years, but we lapped up every image, every word, every one we could get during that time. Their musical mystique entrances generations even to this day.

Imagine what it would be like to live inside their world? Were they ordinary to themselves? Consider who had the charismatic impact that transformed a gaggle of just-above starving musicians into a cultural phenomenon? It happened the night Ringo sat in for a set the first time.

“When Paul and John first spotted him out in Hamburg, in his suit and beard, sitting ‘drinking bourbon and seven’, they were amazed. ‘This was, like, a grown-up musician,’ thought Paul. One night Ringo sat in for their drummer Pete Best.

This self-effacing drummer went on to become the easily-poking-fun-at-himself star of two Beatles hit movies.

Paul’s statement, “I remember the moment” hints at the impact charisma can have. Must it always be once-in-a-lifetime rare?

Still performing live 55 years later, people are drawn to Ringo, musicians want to play in his All-Starr Band. Ringo authentically embodies everyday charisma. If he can, so can you, without even being a former Beatle.

Here are 6 ways to bring charisma into your everyday way of being:

You enter a room, or a conversation, and focus on— others.

Not for what they can do for you, or whether they are running over to pay attention to you. Take a beat to relax and notice what you see as you look around to individuals and conversing clusters. Their hopes and goals, wishes and vision, are written on their faces and in their body language. With practice, you learn to pick up their cues. Expecting to see the best in others makes them interested in you. It begins in conversion, and eventually, they sense it in you even at a distance.

You enter a conversation to listen first.

So many people jockey for airtime, speaking first, yet not expecting to be heard. Being the one who listens without rushing the person speaking, asking a thoughtful question to encourage them, or quietly letting them feel what’s it’s like to be truly heard. These are listening skills worth cultivating. Even when you have mere seconds with someone, you will attract their interest instantly and leave a lasting impression.

Sometimes, you’d rather be anywhere else. You aren’t the only one.

Actors, public speakers, competitive athletes, even the most expressive performers, all have moments when they want to call in sick or curl up in a ball with their knotted stomach.

Instead, they cultivate an inner signal. It may be sheer willpower, or a commitment to be where they said they would. Often, it’s something more: a phrase they train themselves with that goes like this: “It’s showtime!”

This phrase triggers them to leap onstage, bound onto the playing field, or simply walk into a roomful of strangers. They have discovered that being in the moment, unknowns and all, is an extraordinary and enlivening experience after they take that first step.

This deepens everyday charisma. It is amazing what committing to the present moment does to your energy. It transports you beyond smaller fears. A heady alchemy of adrenalin, vulnerability, and emotional risk-taking creates an energy in you that inspires confidence in those around you. They perceive you as present, confident, and further deserving of their attention. They are naturally drawn your way.

One of the most charismatic things you can voice is an authentic, unexpected thank you.

From the other side of such a moment, just as you want people to accept your thanks or praise, practice receiving this from others instead of deflecting their praise. Don’t tell them they are too kind. Tell them they are gracious, then notice the energy shift into harmony and balance.

Ah, the mind and its incessant chatter. You are not its prisoner.

As the day progresses, our minds fill up with opinions, complaints, suspicions. You head off to any event and it goes into overdrive. New fears and expectations seek to build an impenetrable fortress to protect you from whomever or whatever the event will hold.

Charisma has room to breath when you say to your mind, “Thank you for sharing, but I will catch you later. I’m about to have a new adventure.” Then use any mindful breathing techniques you may know to relax for a moment and enter the room smiling. Watch what that smile creates, and let your mind record such unexpected delights for your own greatest hits reel.

One of the biggest secrets to having charisma is being willing to let go of what’s in its way.

Often it’s our twin limiting habits: the need for control and the desire to be right.

We grow up coping with what we cannot control. We unconsciously shrink our trust of discovery and experimentation, diminishing our native charisma, trading it for predictability and stability.

The antidote to this to learn and practice discernment. While it takes work to develop, it is well worth the effort. With it, your inner sense of safety and security grow grounded and mature.

You begin to trust yourself more, and your charisma has more room to shine forth.

Charisma magnetizes, drawing people in. People want freedom, inspiration, and fulfillment. They want the possibility of making a difference in the world.

Charismatic people trigger possibility in others, opening up bigger visions of life for all.

Everyday charisma is a habit that, once cultivated and practiced, shifts not only your daily rhythms, but the very world you inhabit.