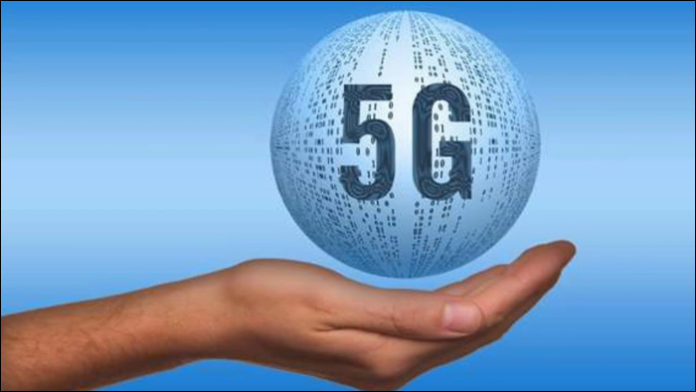 (IANS) A KPMG report on Monday said that 5G technology has the potential to add 0.35-0.5 percent to India’s gross domestic product (GDP) by 2025.

The report further said that India Inc has the potential to unlock $48.69 billion (Rs 3,408 billion) in four years through the deployment of 5G.

“We estimate that the 5G contribution to annual GDP will likely be in the range of 0.35-0.5 percent by 2025. The absolute value unlocked is expected to be highest in the retail sector, followed by finance and then the technology sector,” said the report released at the India Mobile Congress 2019.

It further said that IT will be the “most immersive, intelligent and inventive of all technologies”.

“Blockchain is a technology trend that has seen wide implementation during 2019 and its applications will continue to expand beyond cryptocurrency, it said.

The survey ranked artificial intelligence (AI), augmented reality (AR)/virtual reality (VR), cognitive computing and machine learning as the top technologies that will have the highest potential to generate immersive experiences, but noted that they are nascent in terms of their evolution and adoption.

AR, VR and AI will all come together to form ”extended reality”, it added.

Commenting on the report, Purushothaman K.G., Partner and Sector Lead for telecom at KPMG in India, said: “The future value that will be delivered through telecom operators is not by being the provider of ”connectivity” but as being a trusted partner and platform provider offering value and services and experiences to customers.

“We are living in exciting times where new technologies like 5G, IoT, AI, and AR/VR promise to revolutionize connectivity and unlock value by creating better, more secure and personalized experiences for everyone.”