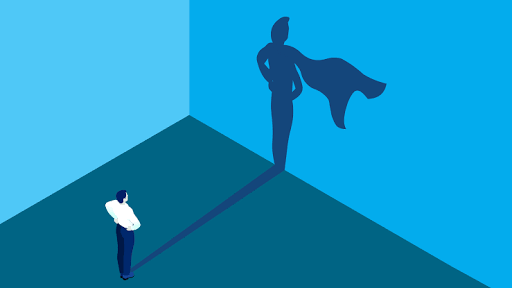 An organization is made up of people and when people are involved, emotions automatically come into play, and a workplace is no different. It would be unwise to assume that a workplace is all objective, no-emotion only performance kind of a packed room where hormones have no scope to creep in however the fact is that emotions alone are the biggest motivator or de-motivator of an employee. The emotions alone, govern the performance and efficiency of a worker and had it not been the case, we would have never talked about the importance of work-life balance and for the present context, the need of emotionally intelligent leaders.

The current times are very dynamic not just economically but also socially where the social fabric is rapidly evolving due to globalization and other influences. The average age of the workforce is reducing and the leaders now look forward to managing people belonging to different cultures and backgrounds. In such a situation, it is important for a leader to be highly sensitized to the emotional aspects of his/her transactions with people. Emotional Intelligence is basically the ability to recognize and understand one’s own feelings and emotions as well as those of others and use that information to manage emotions and relationships. The 4 important aspects of EI as proposed by Daniel Goleman are:

A leader tends to have a huge influence on the thoughts and motivation of people. He/she has the capacity to enthuse optimism and confidence in the followers and lead them to constructive endeavors which is called resonance and on the other hand they can negatively influence them to destruct, which is opposite to resonance called desonance.

Leaders are closely observed in terms of their body language, facial expressions etc. So, it is important for a leader to consider the non-verbal form of expressions as well, which may positively or negatively influence followers. Therefore, if a leader is talking about ethics in business with a slightly unconvinced and bemused look on his face, the followers make a note of it and the message is not received by them. A leader has to act as a role model too, supporting his statements, ideologies and values with appropriate actions.

As a leader one also has to be aware of one’s own capabilities and weaknesses, it is difficult to accept guidance from a leader who is not self aware. As managers, leaders have to empathize as well with the situations, emotions, aspirations and motivations of the subordinates. A decreasing performance of a team member might be because of a number of reasons, a disruptive worker might be facing motivation issues and a subordinate who uses abusive language with others might be lacking confidence in his own abilities. A leader needs to discern facts and try and reach to deeper levels and understand things beyond obvious.

Apart from the above reasons, Emotional Intelligence is also important because the followers or subordinate expect it from their leaders. A subordinate working closely with the manager would expect the manager to understand his situation and priorities. And not surprisingly, whether manger does so or not, affects his level of commitment and performance at work. A leader has to suitably know and understand when he/she needs to be directive and when he needs to delegate. He/she needs to be aware, when the team members are acting as one unit and when there are differences.

It is sometimes awkward to address emotional aspects of transactions between people but leaders need to understand the importance and relevance of it as it has a huge impact on the performance outcomes. While conducting reviews and development dialogues, the feedback has to be delivered in a manner which is acceptable. The leader needs to be sensitive to the insecurities and apprehensions of the subordinates which sometimes might be expressed and sometimes kept undisclosed. At the senior level it is all the more important as the senior executives find it hard to clearly outline their anxieties and differences and the leader has to anticipate some of them.

So, to be able to attract and retain talented subordinates and keep them motivated, a leader needs to brush up on his people skills and emotional intelligence, as all of them are not born with the charisma to hold people. Fortunately, emotional intelligence with practice and carefully directed efforts can be increased.