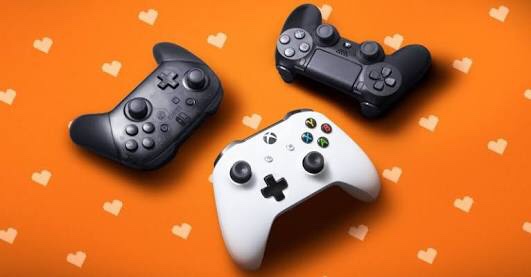 If you’re an investor or if you want to use your money on worthwhile endeavors, you’ll likely look into “hot industries.” This means you want your money to be used on investments you know are very likely to succeed and can give you the most returns. Regardless if you’re a veteran or a newcomer in the market, one thing’s for certain: we want to use money for things that are worth it. So when you read this article’s title and the image of a controller pops up, you might be surprised. How exactly can a playstation or Xbox controller help you make the most out of your investments? Turns out, video games can be quite the rising industry – play your cards right, and you might just be able to invest in a developer or a publisher that can easily give you the kinds of numbers your portfolio needs. Why video games, though? Here are some of the reasons:

Get The Full Warren Buffett Series in PDF

Get the entire 10-part series on Warren Buffett in PDF. Save it to your desktop, read it on your tablet, or email to your colleagues

Video games take on a lot of dimensions across human society and culture. It aims to make their gameplay and stories impactful to audiences.

Outside the games is an industry that tackles video game and platform development, publishing, and distribution with different political and socio cultural nuances.

The many layers you can dissect in video games can make investing in this industry fluid and dynamic. While investors might prefer “stable” markets, sudden crashes might risk them losing their investments entirely. However, a market as versatile as gaming will have you on your toes on your assets, especially when decisions made in publishing a title, developing a game , or distributing a console have profound impact in the consumer-base.

Gaming Industry is a $196 Billion Industry

Compared to other industries that might find themselves in elated highs but also risky lows (for instance, music and radio, or even traditional marketing), others might argue video games shows a lot of promise for continuous growth.

Ever since the massive blow-up in popularity of gaming platforms and titles since the 70’s, video games have showed consumers, creators, and investors that creative minds always look for new ways to create immersive experiences. And unlike other industries, the nature of video games as a highly creative platform puts it in a position to encourage growth – which investors like yourself will appreciate.

One of the biggest appeals of video games to investors, developers, and creators alike is its nature to not just be a dynamic and flexible multimedia platform, but its nature as an interconnected industry as well.

Since video games are inherently capable of giving different kinds of experiences to its players, video games can find itself connected to various and all sorts of industries.

As an investor, putting money in this industry doesn’t just mean putting money in an entertainment  platform, but putting money in a medium that links you to other industries as well. You get the inherent interconnectedness of video games and technology, as well as the industries connected to games, publishers, developers, and platforms you put your money in.

Players only get to play video games with cartridges and separate consoles, with the likes of the SEGA Genesis and Nintendo 64 permeating the childhood of a lot of people. Now, we have physical discs and cartridges for modern devices like the Playstation, Xbox , and Nintendo Switch – and users who want to play free games can even play on their mobile phones.

This also means, on your end as an investor, you can secure your assets in the form of up-and-coming platforms and enjoy benefits lasting entire console generations – which can last up to as long as decades before current consoles are “upgraded” (like the upcoming Playstation 5 in 2020).

A Secure Gateway to the Tech Industry

With hardware and software upgrades and innovations continuously on the rise, it’s perhaps in the videogame industry that a lot of up-and-coming concepts in the tech field get tested and fielded out.

If you ever find yourself interested in concepts like virtual reality, augmented reality, artificial intelligence, and even behavioral studies, video games can be a good gateway to see the practical applications and potential of this technology.

Playing video games you indulge yourself in your own investments

A lot of investors tend to put their money in places that are “rising” in their chosen fields, but they don’t always get to see the industry in action for themselves.

Gaming, unlike other industries, remains extremely accessible to all sorts of demographics. Should you find yourself investing in a title, a publisher, a developer, or even a team of creators, you will most likely invest not just in the profitability of a product or concept but in its capacity to appeal to you as well.

This can make the entire video game industry very attractive to investors who want to see their investments grow and bloom into something even they can enjoy.

With the above in mind, it helps to note that while video games serve as primarily a source of entertainment, money runs around developers, publishers, and investors in a similar way it does Hollywood and other entertainment industries.

Others might look at the idea of playing video games in disdain, but audience perception today proves that video games – in whatever form and platform – remain a rising industry . And if anything, improvements in modern technology see their application in video games in one way or another – including artificial intelligence, virtual and augmented reality, among many others.

As an investor, it helps to keep your investments secure. However, it also helps to ensure you have potential sources of revenue available at your disposal.

If you’re looking for a new industry to invest in, consider the videogame industry. After all, you might be surprised at just what you might find – a game can be entertaining today, but it can be a huge hit tomorrow.