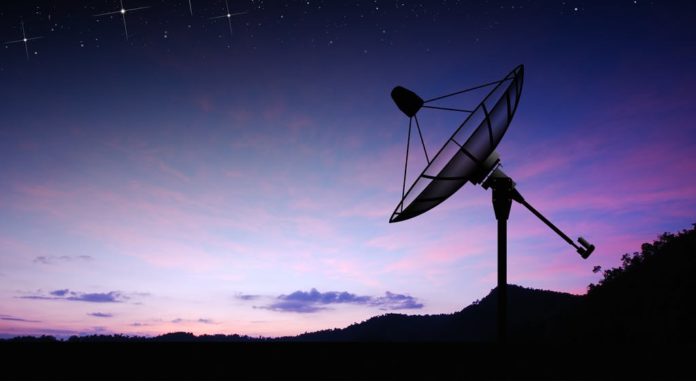 That was the exclamation written by astronomer Jerry Ehman after receiving a truly unique radio signal from deep space on August 15, 1977. The 72-second-long signal was recorded at Ohio State University’s Big Ear radio telescope and for more than a generation, it represented the best available evidence for extra-terrestrial life.

A Signal in the Noise

To most people, the printout of the Wow! Signal looks like an incoherent jumble of letters. Really, the only thing that looks special about it is the fact that it’s circled in red and someone wrote “Wow!” next to it.

The sequence that’s circled reads “6EQUJ5,” and while you might think we got that number off of E.T.’s license plate, what it represents is the strength of the detected radio signal.

See, on the radio signal monitoring tech at Big Ear at the time, letters stood in for numbers. Numbers 1 through 9 represented themselves, but following 9, the code switched to letters, so A was 10, B was 11 and so on. While monitoring the skies, Ehman had picked up fairly low, uninteresting readings, which was customary. The printout is covered in mostly 1s, although occasionally a 6 or a 7 seemed to capture his attention, as they’re circled as well. Then the printout reads 6EQUJ5. Translated, that means 6-14-26-30-19-5. Perhaps it’s best represented via a graph:

When seen in a graph, it’s easy to understand why the Wow! signal was so special. It was a huge burst of radio signals in an otherwise quiet night sky. At the time, it was also unexplainable, both by Ehman as well as by SETI scientists. “SETI” is an acronym that stands for the Search for Extra-Terrestrial Intelligence, and it refers to a handful of radio astronomers who have dedicated their lives to the detection of alien life since the 1960s. To SETI, the Wow! signal represented the single best evidence of life in outer space ever detected.

Legacy of the Wow! Signal

Following its discovery, the Wow! signal became legendary. For the next month, Big Ear was pointed back at that spot near the Sagittarius constellation where the signal was detected, but the signal never reappeared. In the decades since, it became a source of proof of alien life for many scientists and conspiracy theorists alike. It’s been referenced throughout popular culture, including mentions in “The X-Files.”

By 2012, 35 years after its detection, the Wow! signal was still no less vexing to scientists and no less fascinating in the minds of the public. It was because of this enduring legacy that a project lead by National Geographic Channel and Arecibo Observatory beamed a reply message back toward Sagittarius, which included messages from a variety of celebrities, including Stephen Colbert.

In 2017, 40 years after its detection, the Wow! signal once again made headlines but this time it wasn’t because of the anniversary or because Colbert had more jokes for the aliens. This time, a team of scientists had claimed to solve the mystery of the signal. Professor Antonio Paris, the chief scientist at the Center for Planetary Science, released a study declaring that the signal was emitted by a pair of comets passing through the area where the signal was detected. The comets, known as 266P/Christensen and 335P/Gibbs, were shrouded in a cloud of hydrogen, which emits a radio signal at a frequency identical to the Wow! signal.

While this news was devastating to many, some found hope in Ehman’s reply to Paris’s paper, where he disagreed with the notion that it was a comet. Ehman explained that the signal would have lasted longer had it been a comet and that two comets would have produced two spikes, not just the one he detected.

While Ehman doesn’t believe the signal represents aliens either, his response did restore faith in many that the signal was indeed from alien life. That, along with the discovery of a similar signal detected by Russian astronomers in 2015 from a different region of space, still offers a bit of hope for anyone who wants to believe.