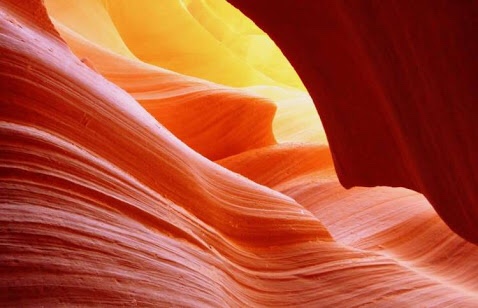 You don’t always have to wait for a nice, spring or summer rain in order to get a spectacular view of a rainbow. While spotting them in nature is certainly rewarding, there are several destinations around the world where you can drink in the colors any time of the year.

From the Detroit to Zimbabwe, rainbows can be spotted practically anywhere. They can pop up naturally, like in the multi-colored mountains of Peru and the glowing rivers of Columbia, or be painted into the city roads, like in Sydney, Indonesia, and Turkey. Cities like Montreal and Detroit have even incorporated the delightful colors into their architecture and lighting schemes, creating places in the city that feel otherworldly.

Of course, nothing beats a simple rainbow that can be seen even when the weather is sunny — at Victoria Falls in Zambia and Zimbabwe, the mist from the waterfall creates a beautiful rainbow that splays across the water.

Take a look at some of these rainbow-filled destinations around the world and get ready to feel some serious wanderlust.

These famous rainbow-colored mountains located in the Andes mountains of the Cusco region of Peru, have inspired an infinite number of travelers to fire up the ‘Gram. The rainbow-like stripes and colors formed because of water that mixed with minerals in the ground. The trailhead to reach Vinicunca is around a three-hour drive from Cusco, but it’s well worth it simply for the view. A similar mountain range can also be found in China.

This colorful river is known as the “River of Five Colors” and “Liquid Rainbow” because of the bright greens, yellows, reds, and purples that seem to be flowing under the water, depending on the light and water conditions. It’s not magic, though. The colors come from the macarenia clavigera plant, which can appear in different colors depending on the water’s depth.

While this airport terminal may seem ordinary, if you end up walking through its passenger tunnel — which connects concourses B and C — you’ll experience a light show that you won’t soon forget. LED lights illuminate the walls of the tunnel in a fabulous artistic display that celebrates all the colors of the rainbow.

Built in 1983, this facility is used as a convention center for conferences, meetings, galas, and exhibitions, but it also happens to be covered in multicolored glass window panels that create a brilliant display to all that pass by. The beautiful colors are particularly at home in this vibrant city that’s filled with art, culture, and history.

This remote town in Indonesia gave itself a rainbow makeover in 2018 in hopes of attracting more tourists to boost its economy. Originally named Kampung Wonosari, the local government was given a budget to paint 223 homes a minimum of three colors each, with plans to expand to a total of 390 houses. The result is a stunning, colorful display that is truly Instagram worthy.

This ornate and historic temple welcomes 25,000 devotees daily. But tourists flock to the temple to capture the beauty and brilliance of the multi-colored gopurams (towers), which are covered in sculptures of Hindu deities and mystical creatures. The tallest gopuram reaches 170 feet, and the temple is known as one of the “New” Seven Wonders of the World.

Created by a retired forestry engineer, Huseyin Cetinel, these steps can be found in the rather artsy neighborhoods of Findikli and Cihangir, according to HuffPost. Cetinel spent four days and $800 on the project. While many groups have interpreted the colorful staircase as a political statement for LGBTQ rights, Cetinel said he simply “did it to make people smile.”

The colorfully painted houses aren’t the only reason to visit the Alsace region of France, but they certainly make a good travel photo. The two-story houses on the cobblestoned street, Rue Cremieux, are painted yellow, green, pink, blue, and purple, but there’s no specific reason why the residents decided on such a brilliant color scheme. Perhaps, the French just love to make things beautiful.

The original rainbow-colored crosswalk was located on Oxford Street in Sydney, but was removed by the local government over “concern for public safety.” After years of protests, including people creating their own, DIY rainbow crosswalks, the city officially unveiled a permanent rainbow-colored crossing in honor of the 2019 Gay and Lesbian Mardi Gras. The Sydney crosswalk is similar to one that can be found on Castro Street in San Francisco.

Victoria Falls in Zambia and Zimbabwe

This waterfall in southern Africa along the Zambezi River, is the largest waterfall in the world, measuring about twice the height of Niagara Falls on the U.S. and Canadian border. One of the most spectacular views at Victoria Falls includes naturally-occurring lunar rainbows that are made by light bouncing off the mist of the water as it flows over the ridge, usually during a full moon.