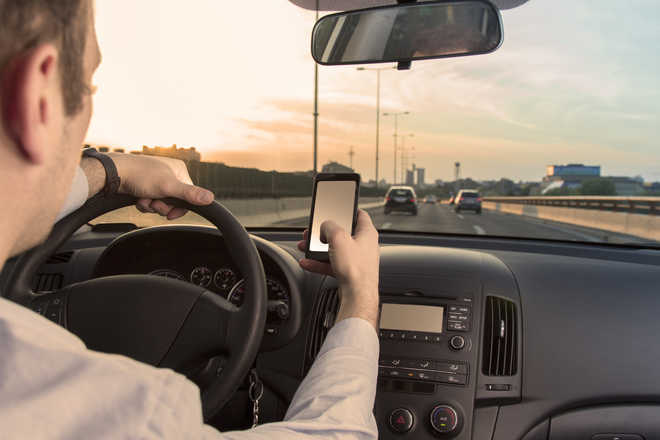 (IANS) While people do not pay heed not to use smartphones while behind the wheels, Snapchat has emerged as the biggest culprit, with researchers now reporting that one in six young people use the photo-sharing app while driving.

For a few, Snapchat use only involved looking at or replying to, other people’s messages. But 15 percent of those surveyed said they had used their phone to send a video or photo via Snapchat at the same time as controlling their vehicle.

For the study published in the journal Accident Analysis and Prevention, researchers from Queensland University of Technology (QUT) surveyed 503 Queensland drivers aged 17 to 25 about using the popular social media app on the road.

Researcher Verity Truelove found that 16 percent of survey respondents confessed to using the Snapchat on their mobile phone when driving.

She said that 84 percent of the surveyed drivers said they did not use Snapchat on the road, and only 12 percent thought it was acceptable behavior.

“But the majority of survey respondents (69 percent) said they knew of someone who did send videos or photos of Snapchat while driving,” she added.

The overall study aimed to investigate the types of social media most used by young people while driving, and also what was most likely to deter them from this behavior.

It included in-person focus groups with 60 drivers aged 17 to 25 – which found Snapchat was overwhelmingly the most popular social media platform used in the car – followed by the larger survey.

“Looking across the survey and focus groups we conducted, a common theme was that the drivers who used Snapchat thought it was a relatively safe practice because they used it at times they perceived to be low risk, such as when they were stopped at traffic lights,” she said.

This is an encouraging result in some ways – and consistent with other QUT studies that have looked at wider phone use — as “it indicates young drivers are trying to self-regulate their behavior and only use their phone in low-risk situations”.

During the focus groups held as part of the study, many drivers shared a story about their friends and themselves, with several citing Snapchat’s speed filter (which identifies and superimposes the speed a vehicle is traveling over a photo).