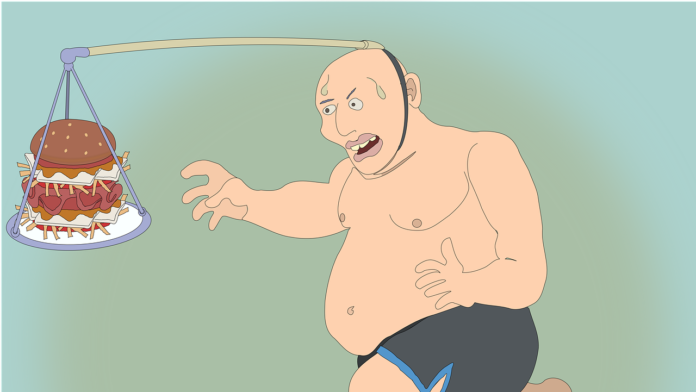 Are overweight people less likely to win on Jeopardy?

Of course not. Yet people sill believe that the obese make less competent game show contestants, according to a research paper coming out later this month in the journal Organizational Behavior and Human Decision Processes.

For the paper, Wharton professor Maurice Schweitzer and Ph.D. candidate Emma Levine conducted several studies seeking to measure bias against the obese. They found that across the board, study participants believed that overweight people are less competent than thinner people.

Both thin and overweight study participants had this bias, the researchers found.

The paper is part of a growing body of work that shows we have a clear bias against the overweight. That discrimination surfaces in our personal lives and, perhaps even more troubling, in the workplace. At the office, a belief that obese people are less competent leaves many out in the cold when it comes to getting hired, promoted or properly compensated.

The problem is all the more worrisome considering that more than one-third of American adults are obese.

For the Jeopardy study, researchers showed study participants real photos of contestants and asked them to guess who had won. In another study, participants were given resumes of job candidates that included their height and weight and were told to judge the competence of those candidates. The heavier candidates were ranked as more incompetent.

Though past work has shown that women are more likely to be discriminated against because of weight, Schweitzer’s study found that both obese men and women were judged to be less competent.

Previous studies have shown that obese workers are less likely to be hired and promoted, and also earn lower wages. The new paper explains that some of the reason for this is that overweight people are perceived to lack self-control and motivation, which translates to an overall judgment of low competence, Schweitzer says.

“The bias against overweight people is particularly pernicious,” Schweitzer notes in this video interview. Because many of us believe that obese people have a choice and can simply lose weight, we’re more likely to think it’s OK to discriminate.

“We accept this kind of bias in a way that we wouldn’t perceive racial discrimination,” Schweitzer says.

Only one state, Michigan, prohibits discrimination against the obese. No federal law on the issue exists.

Though bias against the obese is prevalent, there is widespread support for laws prohibiting workplace discrimination against overweight people, says Rebecca Puhl, deputy director at the Rudd Center For Food Policy & Obesity at the University of Connecticut.

A study Puhl and her colleagues did in 2008 showed that reports of weight discrimination increased by 66 percent between 1995 and 2005. But in a survey she conducted last year with colleagues, 75 percent of respondents said they’d support a law prohibiting discrimination.

“Two-thirds of our population is overweight or obese,” says Puhl. “This is a societal issue we need to address, rather than penalizing workers for it.”