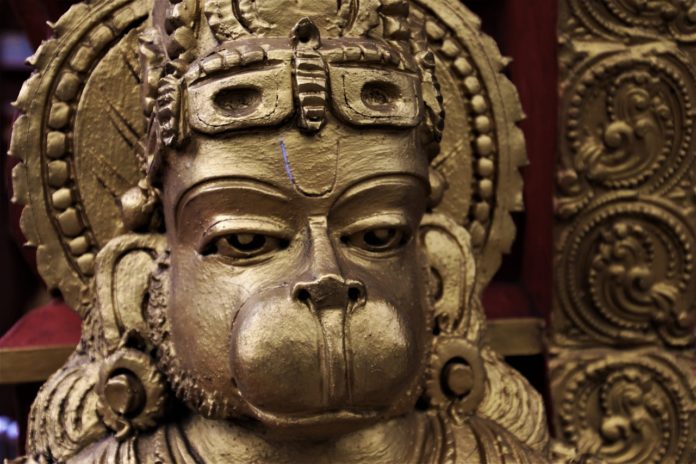 I was born in a Hindu Family, and it was a custom in our home to visit Hanuman Temple every Tuesday and Saturday. I wasn’t told the reasons, and I often wondered why?

Decades later, I found the love of my life, Arushi Sana. This lady love worships Hanuman and is supremely religious. I got fascinated and the curiosity struck hard. This is how my infatuation with knowledge began.

Hanuman is considered “Chiranjeevi” (the Immortal). In India, he is adored by one and all. One can see huge crowds visiting Hanuman temples across the country on Tuesdays & Saturdays.

He was born on the full moon day (Purnima) of the month Chaithra on Tuesday. That is why, every year when Chaithra month’s full moon day arrives, his birthday is celebrations, which is called Shri Hanuman Jayanti and Tuesday is considered a very auspicious day to worship him. My girlfriend finds peace in Hanuman Chalisa, and I find peace in her. What is Hanuman Chalisa? We will talk about it in another article.

While coming to Saturday :

The boon of Lord Shiva and Brahma made Ravan invincible. He wanted a similar fate for his son Meghnath, and so when he was about to be born, Ravan kidnapped all the 9 planets and placed them in the 11th position, so that his newborn child too could be immortal and invincible. This made him lock up all the planets including the Saturn,(Shani Dev) in a place where it would be very difficult for them to get out.

However, Lord Hanuman arrived at the place when he was searching for Sita Devi in Lanka after she was kidnapped by Ravan. It was then he rescued Shani Dev from Ravan. As a thank you gesture, Shani Dev gave a boon to him that the effect of Shani’s inauspiciousness will never affect him in any way. In return, Lord Hanuman mentioned that none of his devotees should be affected as well. Shani dev obliged.

This is the reason why people worship Lord Hanuman on Saturday, in order to rescue themselves from the effects of Saturn.