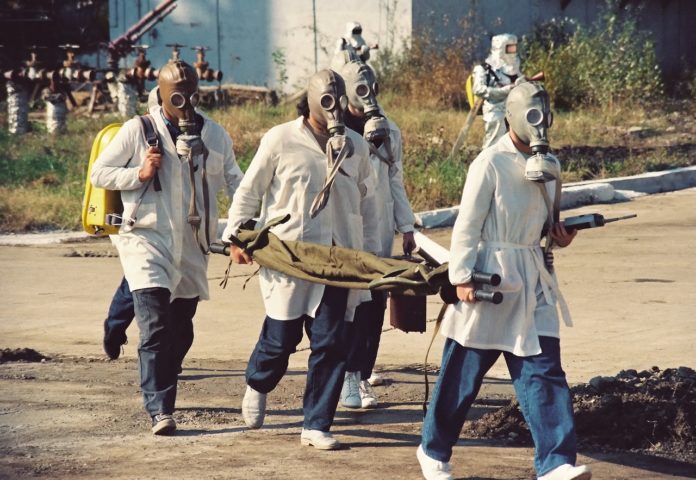 The U.S. government’s primary nuclear lab is partnering with three energy utilities to find an economical way to use nuclear energy to produce hydrogen that can be stored and used to power everything from industry to personal vehicles, officials said Wednesday.

Energy Department officials say the projects are intended to improve the long-term competitiveness of the nuclear power industry by giving it another product to sell.

“They will enable the production of commodities such as hydrogen in addition to electricity from commercial nuclear power plants,” said Bruce Hallbert, director of the Energy Department’s Sustainability Program at the Idaho National Lab.

“This project also accelerates the transition to a national hydrogen economy by contributing to the use of hydrogen as a storage medium for production of electricity, as a zero-emitting transportation fuel, or as a replacement for industrial processes that currently use carbon-emitting sources in hydrogen production,” he said.

According to the U.S. Energy Information Administration in a June tally, there were 97 nuclear reactors at 59 commercial power plants in 29 states producing about 20% of the nation’s energy. Most of the reactors are decades old, and many are having a tough time competing economically with other forms of energy production.

Hydrogen is abundant in the environment and is stored in water, methane and organic matter. The primary challenge is economically extracting it. Most of the hydrogen currently produced in the nation comes from combining high-temperature steam with natural gas.

Officials say nuclear-produced hydrogen is carbon-free. That’s opposed to fossil fuels such as natural gas, coal and oil that produce greenhouse gases that cause global warming.

The Energy Department says that nearly all hydrogen produced in the U.S. is used for refining petroleum, processing food, producing fertilizer or treating metals.

Vehicles using hydrogen fuel cells produce only water vapor and warm air as exhaust. Such vehicles are in use in California, which has 35 retail hydrogen stations open to the public.

The first part of the project is for FirstEnergy Solutions to build a facility in 2020 that uses an electric current that splits water into hydrogen and oxygen in a process called electrolysis. Power for the plant will come from the utility’s Davis-Besse Nuclear Power Station near Toledo, Ohio.

“This is a great opportunity to show that hydrogen can be effectively generated in a carbon-free and safe manner,” said Raymond Lieb of FirstEnergy Solutions.

Hallbert said it will be a learning experience, and knowledge gained there could be used at future efforts at the other two utilities. All three utilities have nuclear power plants but have unique markets, Hallbert noted, with economic motivations to take part in the program.

FirstEnergy Solutions is competing with natural gas, Xcel Energy is in a wind energy market, and Arizona Public Service is close to the California energy market, Hallbert said.