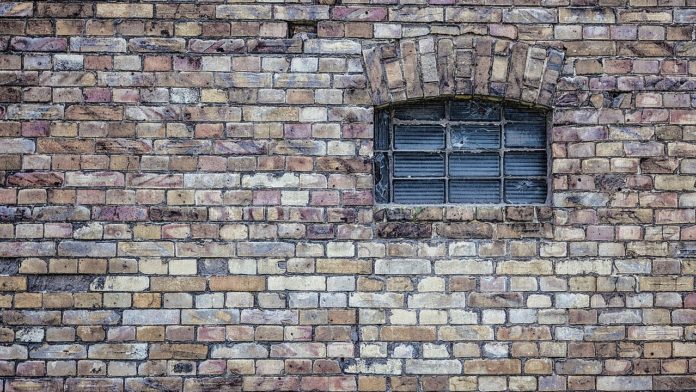 President Donald Trump signed his name Wednesday on a newly constructed section of the U.S.-Mexico border wall, calling it a “world-class security system” that will be virtually impenetrable.

Trump toured a section of the border wall in San Diego’s Otay Mesa area. It was a return trip for the president, who traveled there in March 2018 to see border wall prototypes that authorities later destroyed to make way for 14 miles (22.4 kilometers) of steel, concrete-filled bollards currently under construction.

Before construction began, the border in Otay Mesa was protected with low fencing.

“It was like a sheet metal and people would just knock it over like just routinely,” Trump said, standing with construction workers and top Customs, Army Corps of Engineers and homeland security officials.

Mark Morgan, acting commissioner of U.S. Customs and Border Protection, said that since construction has begun on the new barrier, 30 to 50 people a day are trying to cross there instead of 300 to 500.

“The traffic in this sector has dropped dramatically,” Morgan said.

Morgan defended the project, dismissing those who call it the “president’s vanity wall.” “I’m here to tell you that’s false,” he said, telling reporters that Trump reached out to border experts to find out what they needed. “You listened to the agents,” he told Trump.

Trump highlighted features of the wall, which he said have been studied by three other countries. He said the wall absorbs heat “You can fry an egg on that wall.”

The concrete goes deep into the ground to prevent tunneling. And agents can see through it to spot possible threats on the Mexican side of the border, he said.

“When the wall is built, it will be virtually impossible to come over illegally, and then we’re able to take border control and put them at points of entry,” Trump said.

He heaped praise on the Mexican government, especially for sending tens of thousands of troops to its northern and southern borders to help slow the flow of migrants headed toward the United States.

“You know Mexico has never done anything to impede people from pouring into our country and now they’re doing just the opposite. They’ve really been incredible.”

The president reveled in details of construction, saying Border Patrol and military officials persuaded him to adopt more expensive designs. He said he dropped a preference for solid concrete, instead opting for concrete-filled steel bollards that allow agents to see through to Mexico to spot assailants throwing rocks or other projectiles.

He agreed to go along with barriers that are 30 feet high and double-layered in heavily traveled areas.

When Trump asked Army Corps Lt. Gen. Todd Semonite to explain how technology embedded in the wall alerts agents to illegal activity, he was told,

“Sir, there could be some merit in not discussing it.” Semonite offered new details on the pace of construction that underscored how quickly the administration plans to move.

Crews are installing 270 panels a day, each one with eight bollards.

Trump, whose construction targets have shifted, said he expects to build up to about 550 miles (885 kilometers) of wall along the 1,954-mile (3,126-kilometer) border and said the administration will pause at about 400 miles (643 kilometers) to assess what more is needed.

Trump said cost concerns led him to put aside his preference to paint the wall black, which absorbs heat. He said the wall was “a good, strong rust color” and could be painted later.

Trump is riding a string of wins on the wall and on immigration in general. Arrests on the Mexican border arrests plunged in August, well beyond the usual summer dip, from a 13-year high reached in May.

Arrests are still relatively high, topping 50,000 in 10 of the last 11 months, compared with only eight months over the previous decade.

Last week, the Supreme Court gave Trump a green light to deny asylum to anyone who passes through another country on the way to the U.S. border with Mexico without having first sought protection in the third country.

The Pentagon recently diverted 3.6 billion from 127 military construction projects to build 175 miles (280 kilometers) of barriers on the border.

Trump had promised during the 2016 presidential campaign that Mexico would pay for the wall.